“I know many of you are still processing this cultural shift.” 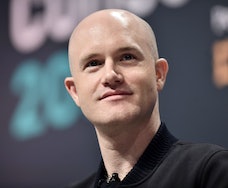 Less than a week following a controversial blog post outlining Coinbase's decision to continue remaining "laser focused on achieving its mission" by avoiding any and all socio-political conversations, CEO Brian Armstrong released a follow-up in-house email outlining a voluntary severance package to any workers uncomfortable with the company's stated ethics. While generous by many standards, it certainly reinforces Armstrong's corporate commitment to remaining "apolitical," whatever the hell that means these days.

Buyouts to stay out of politics— Included within Coinbase's buyout are four-to-six months severance depending on length of time employed, six months of COBRA health insurance, and a seven year window for stock buybacks contingent upon a final Board approval. "As I said in my blog post, life is too short to work at a company that you aren't excited about. Hopefully this package helps create a win-win outcome for those who choose to opt out," wrote the CEO. Incidentally, the offer recalls Amazon's officially (not to mention ominously) named "The Offer" from 2018, which gave a $5000 lump sum severance option to certain eligible employees who also disagreed with the company's philosophy.

Of course, like so many within Big Tech, Armstrong's stated corporate worldview fails to recognize that choosing to remain "apolitical" is, in itself, a political stance. Take, for example, this excerpt on certain subjects from Coinbase's original announcement on Sunday:

Phrases like "impact only comes with focus" aren't ethical stances as much the kinds of business office jargon that's usually seen on a cubicle wall's motivational poster. Likewise, "even if we all agree something is a problem, we may not all agree on the solution," is just a lazy-ass copout to avoid dealing with issues affecting both your workers and customers

Coinbase's baseless philosophy— For years, consumers have been hearing that cryptocurrencies and blockchain models would be the great socio-financial equalizers, and yet here we are: overworked, underpaid, and nursing a hangover from last night's Presidential debate between a wannabe authoritarian strongman and a nearly 80-year-old neoliberal whose career decisions helped pave the way for said wannabe strongman. The computational energy it requires to mine the digital currencies exchanged by companies like Coinbase are literally setting the world on fire. Hell, even Facebook is backing away from the cryptocurrency sector, if that tells you anything.

The bottomline: A severance package lasting you at most six months being more appealing than most jobs during a climate change-accelerated pandemic should probably put to rest the notion that "apolitical" is a worthy industry goal right now.