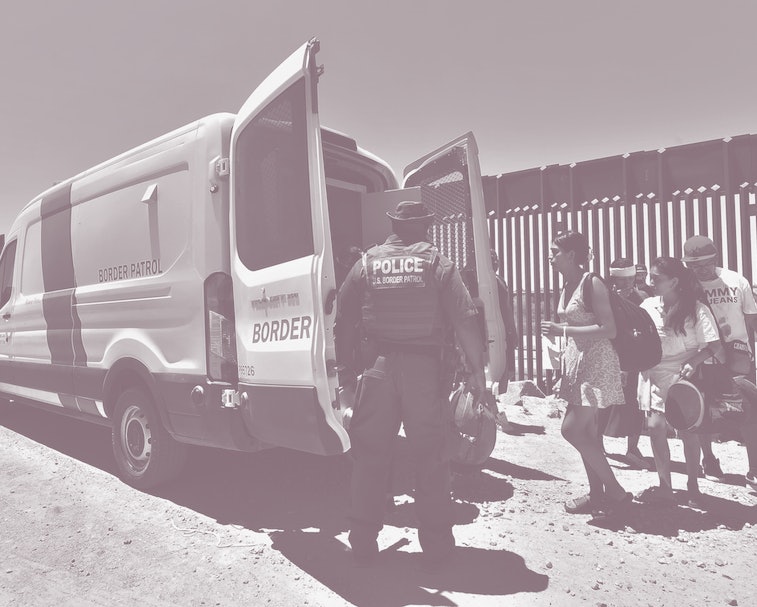 Crypto giant Coinbase has been providing the U.S. Immigrations and Customs Enforcement (ICE) office with a slew of software features used to track the identities and locations of cryptocurrency owners, a new investigation from The Intercept reveals. It’s the first time we’ve been able to understand just how extensive ICE’s $1.36 million deal with Coinbase really is.

As it turns out, the contract — a copy of which was obtained by Tech Inquiry’s Jack Poulson — is indeed extensive. Coinbase has given ICE the ability to fully track transactions made on the blockchain, including buys and sales of Bitcoin, Ether, and Tether, along with other popular cryptocurrencies.

Watching crypto transactions go down might not sound like much, but Coinbase’s software, Coinbase Tracer, is powerful in its scope and nuance.

Geo tracking data — Coinbase Tracer essentially takes the millions upon millions of transactions recorded on the blockchain and makes sense of them. Coinbase positions the software suite as a powerful way for agencies to “investigate illicit activities including money laundering and terrorist financing.” The company also promises that Tracer can “link activities to real-world entities.”

ICE’s contract with Coinbase makes it clear that Tracer can be used to provide “historical geo tracking data,” though the contract does not detail what, exactly, comprises this dataset. Given that it’s ICE’s Homeland Security Investigations department that’s using Coinbase Tracer, any sort of data that could be used to track immigrants is dangerous. HSI is — to put it the kindest way possible — best known for pulling shady shit to incarcerate and deport immigrants.

Typically tight-lipped — Coinbase, as you might expect, didn’t really have all that much to say about how ICE is using Coinbase Tracer. Company spokesperson Natasha LaBranche simply told The Intercept to check out a disclaimer that says: “Coinbase Tracer sources its information from public sources and does not make use of Coinbase user data.” None of The Intercept’s questions were granted answers.

Just because it’s public... — Coinbase’s de facto defense here is one we’re seeing with alarming frequency as of late. All of the information being analyzed by Coinbase Tracer is indeed public — such is the nature of the blockchain — but does that mean anyone with a million bucks or so should be able to pick and pull at that data to their heart’s desire? The raw data is public; algorithm-derived insights about it are not.

Facial recognition tech company Clearview AI has repeatedly used the same defense in backing its massive database of internet images. The billions of images scraped into Clearview’s software are, yes, publicly available on the internet, whether that be on social media or elsewhere. That doesn’t make scraping them any less invasive.