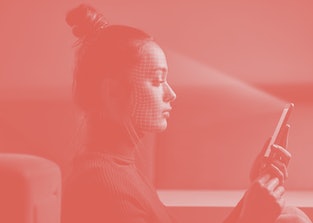 Clearview AI, the controversial facial recognition company, will no longer sell its software to private companies. The company agreed to this provision as part of a larger settlement in a federal lawsuit filed by the American Civil Liberties Union in Illinois.

“This is real vindication of the ability of states to protect people from the worst forms of abusive corporate surveillance,” said Nathan Freed Wessler, the director of the ACLU’s Speech, Privacy, and Technology Project.

There are some caveats to Clearview’s settlement. The company will still be allowed to sell its facial recognition algorithms to private customers, albeit without the company’s enormous database of faces to go with it. Clearview won’t be allowed to sell to government agencies in Illinois for at least five years — but it will absolutely be able to in other parts of the country.

As part of the settlement, Clearview will also begin offering an opt-out form that Illinois residents can fill out to have their photos taken out of the company’s database. Clearview will make that option known by spending approximately $50,000 on marketing for the form.

Clearview has also agreed to stop its uncouth free trial program that the company has offered to police forces without their supervisors’ approval. Apparently this was happening often enough that the ACLU called it out as a necessary place for reform.

Algorithms for sale — The most pressing win for general privacy in this settlement is Clearview’s agreement to stop selling to private companies. This won’t stop Clearview from selling its algorithms to any interested parties, but those algorithms aren’t Clearview’s selling point.

What’s really been pushing Clearview to the forefront of the facial recognition industry is that database, which is at this point comprised of approximately 20 billion images. Clearview scrapes every corner of the internet to find these photos; the company considers everything on the public internet fair game. That monstrous database is now unsalable to private entities.

Time to go federal — Clearview’s facial recognition system is nothing short of scary accurate. That accuracy, combined with the company’s complete lack of respect for privacy boundaries, has put lawmakers on high alert.

The only reason this lawsuit managed to get anything done is because of Illinois’s Biometric Information Privacy Act, which protects residents from data harvesting. Illinois is an outlier in this case. No other state has legislation that comes even close to these protections. No federal laws exist to govern companies like Clearview, either.