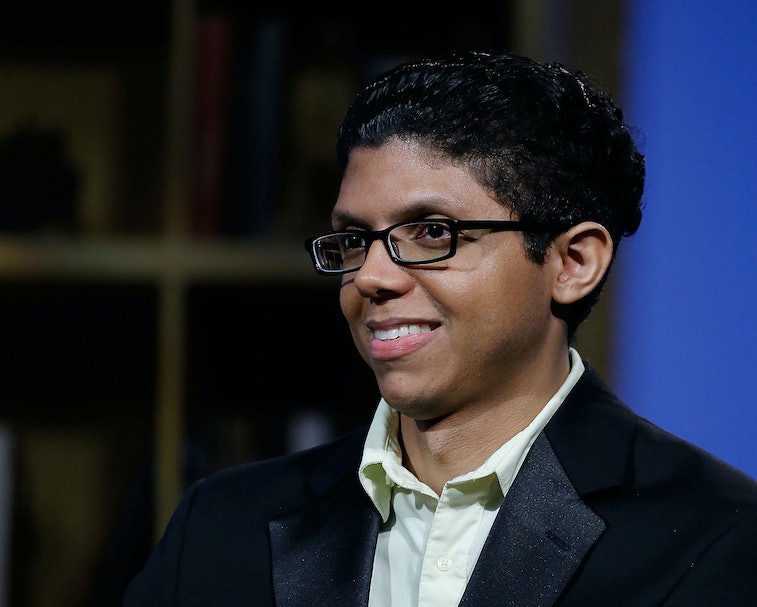 Over the weekend, someone gained access to the Chicago Police Department’s police scanner and played a familiar tune. Tay Zonday’s “Chocolate Rain” streamed into police radios around the city, causing confusion and forcing cops to switch frequencies, according to a Reddit video. Zonday’s song was one of the first viral videos, and though its meme-ification persists, increasing numbers of people have revisited the poignant lyrics.

The Power of 'Chocolate Rain' — At first, it’s easy to make fun of the original video. Zonday’s dramatic pulling away from the microphone to breathe combined with his bassy voice repeating the song’s title every couple of seconds is entertaining, to say the least. But upon closer inspection, you start to understand why the earnest lyrics don’t need a hook.

Zonday, who actually hails from Minneapolis (seriously), hits us over and over with the monotony of the lyric “chocolate rain,” mirroring the neverending blows of systemic racism. He references Charles Murray’s race science with “the bell curve blames the baby's DNA,” how the notion of racism is swept away every Black History Month, how capitalism exploits and destroys Black bodies, and even touches on the international plight of dark-skinned people. For a six-minute song that is arguably 50 percent “chocolate rain,” that’s a lot of ground to cover.

If you want to add Zonday’s anthem (which is probably the only thing that can still be unironically labeled as “woke”) to your apocalypse rebellion playlist in HD, he made an updated acoustic version a few years ago.