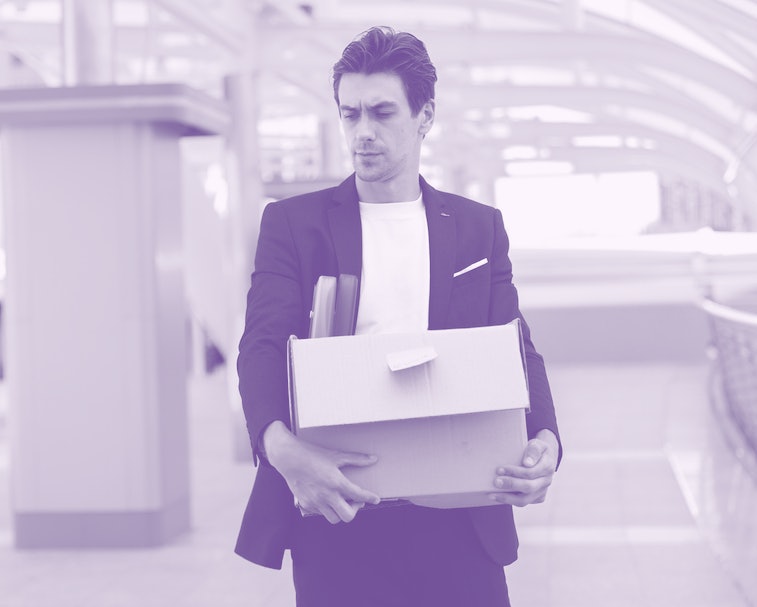 Big Tech is notorious when it comes to laying off workers at a moment’s notice, but Chinese-based companies are trying out a particularly novel and surreal approach to ruining someone’s day: congratulating them on being fired.

“Happy graduation! Congratulations for having graduated from JD.com! Thank you for the companionship!" reads one termination notice recently reviewed by Insider. The popular video-sharing site Bilibili also reportedly offers employees getting the axe a “Graduation Day” email that promises “to assist you in embarking on the next phase of your career."

The new spin on handing out pink slips comes as China’s Big Tech companies lay off workers in droves following the nation’s government cracking down on antitrust issues, privacy concerns, and labor problems. According to some experts, the logic behind the decision stems from an attempt to stop young workers within the industry from becoming too discouraged... which is certainly one way to approach the situation.

Only so many ways to spin it — In all honesty, we’re not exactly sure there’s really any good way to tell someone they’re being let go from a job, but attempting the “graduation” motif seems one of the worst tactics to take. Sure, getting fired may be seen as a potential opportunity in hindsight for workers, but in that moment the only thing employees would feel they’re “graduating” into is a new level of anxiety and economic stress.

Nothing new — As ridiculous as this particular example may seem, it really isn’t all too different from countless other companies’ attempts at rebranding terrible news. Take Meta, née Facebook, for instance — in an attempt to distance itself from basically every bit of news in recent years, Zuckerberg decided to take the metaverse plunge in the hopes that everyone would follow him happily. Which they didn’t, of course.