The mind behind 'Can You Pet the Dog?' is keeping Twitter wholesome, dark times be damned

“That pettable dog was made by a person who worked hard for something that many players might never see, so it’s important that we value and cherish the effort put into the small details that make these worlds feel alive.”

Tristan Cooper, creator of Can You Pet the Dog? 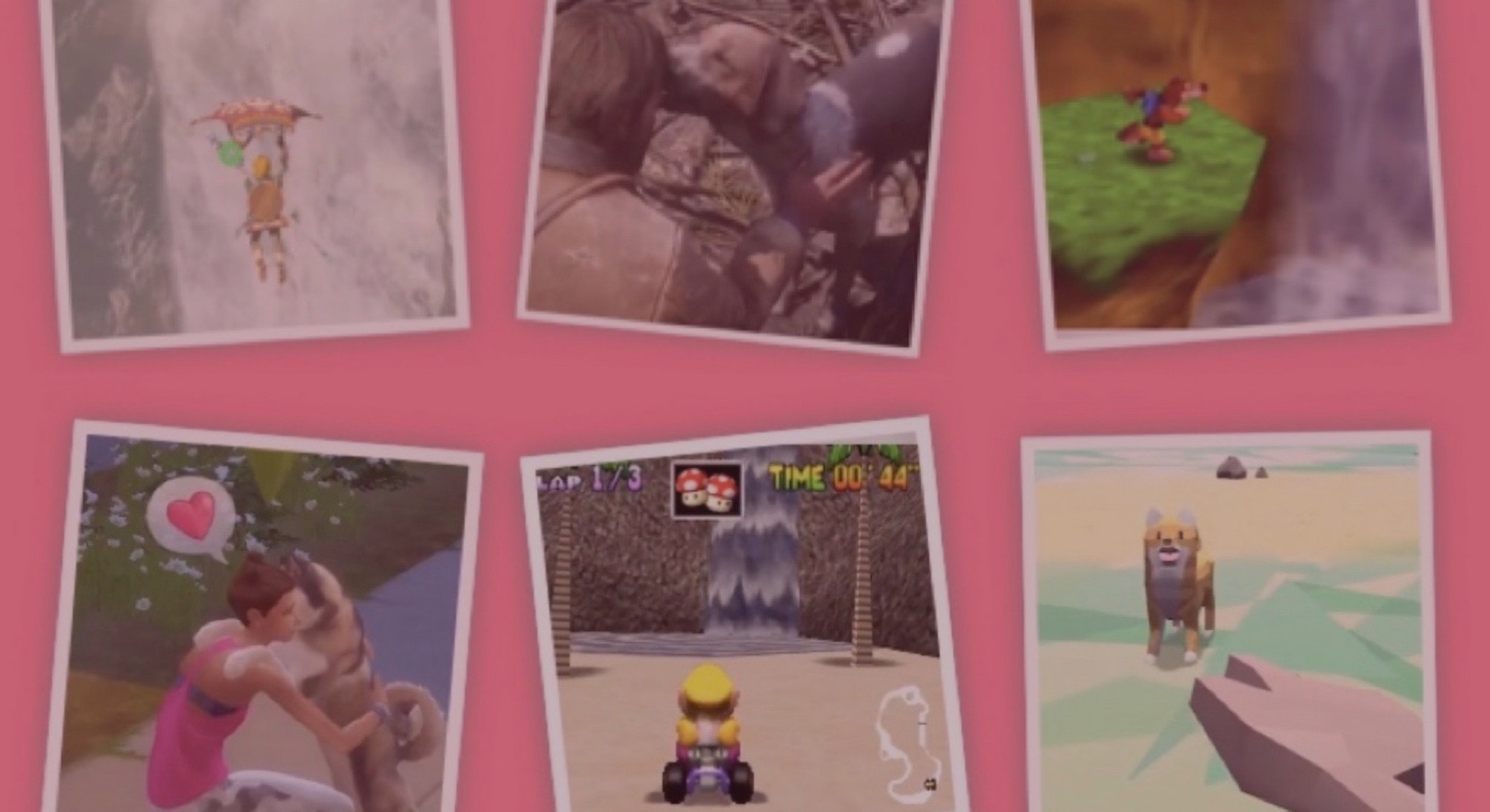 Twitter isn’t a very wholesome place. Reactionary; unhinged; soul-sucking? Sure. There’s plenty of content to back that up. But good old pure-posting is a rarer beast. Aside from tear-jerking animal videos or the odd ironically-sappy meme account, the site has something more of a masochistic pull on us; we get a lot of our news and cultural updates there, after all, and news — especially these days — isn’t exactly refreshing.

Even our favorite viral jokes are usually rooted in existential dread, but we keep coming back for more. It only makes sense, then, that when a palate cleanser does slip through we latch onto it with all we’ve got. That’s exactly what seems to have happened with Can You Pet the Dog?

Can You Pet the Dog? (CYPTD), which launched in March 2019, couldn’t be more straightforward in its mission: post a clip from a video game and report on whether or not the in-game dogs are pettable. Or, on “casual Fridays,” it might instead show you where you can pet a dolphin, soothe a baby, hug a tree, or be serenaded. In less than six months, CYPTD racked up over 250,000 followers. Today, just weeks past the one-year anniversary, its follower-count sits at over 408,000.

“The account was successful more or less immediately, which was a huge surprise to me,” Tristan Cooper, the NYC-based creator and sole operator of the account, told Input. “I didn’t think that CYPTD would last more than a few weeks, much less a year.”

It did last, though. Today, each post generates thousands of likes, hundreds of retweets, and dozens of comments at a minimum.

Riding that popularity, Cooper recently released a spinoff: the more utilitarian Is Something Behind the Waterfall? It’ll take you through the hidden nooks behind cascades in every game you can think of, revealing treasures, shortcuts, and in-game omens you may or may not have stumbled across on your own. By no surprise, that took off, too, accumulating tens of thousands of followers in its first weeks, though finding a more niche audience than its predecessor.

Waterfall seemed primed to be another runaway success as the content and the followers piled on after launch. And then the pandemic hit.

Now, like the rest of us stuck in our homes, Cooper finds the line between hobby and chore has blurred more than ever, and maintenance of such an enormous amount of content is a daunting task. CYPTD and Waterfall may have started as so-called “gimmick” accounts, but the upkeep is no joke. Cooper says he spends more time prepping posts for CYPTD than playing other games he’d like to check out. On top of that, Cooper, a former employee for CollegeHumor and Dorkly, was among dozens of people laid off by CH Media this year, throwing a wrench in the routine he'd created.

“There was a time where I would put in a real grind for a couple of weekends, building a huge catalog of prepared posts, with videos lined up months in advance, so I could take it easy for a while. That buffer has dissipated almost completely after the pandemic, as I weirdly have less time on my hands these days,” Cooper said.

“Unfortunately COVID-19 started really ramping up in the U.S. just after I started the waterfall account, so I haven’t been able to keep up with that nearly as much as I’d like to.”

You’d never sense any of that visiting either page, though. He’s still at it in spite of the bumps, organizing everything in “a messy Google Doc that’s basically a jumbled ‘To-Do’ list of games sorted into all sorts of categories,” and posting wholesome videos once, twice, sometimes several times per day. The list just keeps growing, pulling from personal gameplay, research, and tips from followers.

While the rest of Twitter seethes, these accounts are oases.

So while the rest of Twitter seethes with the stream of political, socioeconomic, and global health turmoil, Can You Pet the Dog? and Is Something Behind the Waterfall? remain constant oases. In the midst of the chaos — a dog you can cuddle here, a message behind the waterfall there. You’ll come across some known favorites, too, like the beach shortcut in Mario Kart 64, which lets you drive through a cliff and out from behind a waterfall to cut everyone else off. Sometimes, there’s even crossover; in Bloodroots, Cooper shows us, there are wolves hidden behind a waterfall and you can pet them.

What began simply as something that “might be fun to try out,” inspired by the discovery of a pettable dog in Far Cry New Dawn and a subsequent run-in with a nonpettable dog in The Division 2, has become a daily treat for thousands of Twitter users. And despite the time-suck, it’s a bit of a reprieve for the accounts’ creator too.

“It’s hard not to feel helpless while scrolling through Twitter, I know that all too well,” Cooper said. “My hope is that I can offer a brief break from the unyielding despair that is our current social media timelines."

”It’s a little self-serving I think," he added, ”since it makes me feel as though I could influence even a sliver of a fraction of the internet’s raging garbage fire.”

But that in itself is just part of the motivation and, consequently, the charm. “In that way, I don’t find it difficult to keep the positive tone of the account,” Cooper said, “because it’s partly propelled by a selfish desire to gain some illusion of control over the current environment.”

On April Fool's Day when all of Twitter braced for tasteless brand jokes and pranks that have no place in a pandemic-ravaged society, Cooper didn’t let the fans down. There were no gags, and instead of just petting dogs that day, he chose to focus on games that “allow you to hug dogs, people and other living things.”

“I hope this helps those struggling with limited human contact, if just a little bit,” he wrote. If the comments are anything to go by, it did. “You’re the best”; “wholesome account”; “you are so pure”; “good vibes”; “has anyone told you, the owner of this account, how cool you are? you're cool.” It goes on forever.

There is no question — the people are here for it. The response overall has been “very positive,” Cooper said, noting that he gets “very sweet private messages from people from time to time,” though he's often too busy to answer.

When CYPTD first launched a year ago, the person behind the account felt like a mystery. You might be able to work out his identity with a bit of internet sleuthing, sure, but in interviews and comments to the media, he was only "anonymous." Over the course of the last year, though, Cooper has grown more comfortable attaching his name to the projects, incrementally shedding a layer of anonymity with each press encounter.

Today, he’s fully unmasked, confirming the creator of CYPTD to be the comic- and board game-loving writer-slash-comedian you probably expected the person behind it to be. His desire to be known goes only to a certain extent, though — after all, he reminds us, this isn’t really about him anyway.

“The focus should be more on the artists, animators, programmers and everyone else who helps make games special,” Cooper said. “That pettable dog was made by a person who worked hard for something that many players might never see, so it’s important that we value and cherish the effort put into the small details that make these worlds feel alive.”