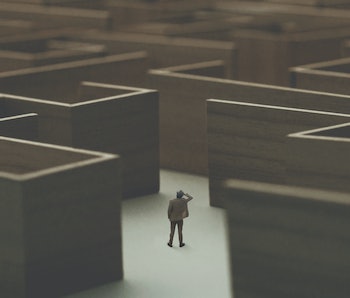 Lawmakers in Washington and California have introduced legislation to tackle the issue of "dark patterns" on the web and in apps, Wired reports. British designer Harry Brignull coined the term "dark patterns" over a decade ago while describing how some user interfaces deliberately attempt to push users to follow certain paths when using websites or apps and make decisions they may not necessarily agree or want to make.

Since then, the term has become more commonplace and the acts it describes have gained increased scrutiny from regulators in the United States, and beyond. Through the proposed bill in Washington (as well as the approved law in California), lawmakers hope to stamp out the practice, or at least introduce punitive measures for those who implement dark patterns into their apps or websites.

If you've ever accidentally clicked an "agree" button on a terms and conditions pop-up, struggled to escape a menu, found a "pay-what-you-want" field pre-filled with more than the minimum amount, or tried to find customer care on Amazon's website, you've experienced dark patterns.

Data harvesting — Another common ploy of dark patterns is getting users to hand over personal data. Many interface designers, advertisers, and social networks are incentivized to both collect as much information on their users as possible, and make it as difficult as possible to opt out of using their services.

Consider the case when you try to cancel a subscription service, log out of a game, or unsubscribe from a mailing list. More often than not you're hit with aggressive questions about whether you're really, truly, sincerely sure about that. Stack enough dark patterns on top of each other, and users often give up in frustration.

Since 2019, bipartisan lawmakers in states like California have criticized these insidious tactics of websites, streaming services, game purveyors, and social networks. It's not only a matter of forfeiting one's personal data without realizing it; some lawmakers believe that without active knowledge and permission from a user, dark patterns can constitute coercion and should be treated as a violation of one's autonomy.

Opposition is growing — New legislation could prompt a sea change, and see dark patterns outlawed. Opposition against misleading internet users is less of a Democratic or Republican position and more about widespread anger against internet tactics where clicking a button that reads "OK" can lead to a transfer of your personal information, including your photos, videos, contacts, location data, where you've been online, and a lot more with third parties you have little idea about

Thoughtful reform on the issue, including measures like Apple's upcoming App Tracking Transparency policy, may not completely cure exploitation on the web, but punitive measures would make it riskier for services to build dark patterns into their services. Carrots seldom work when data is a saleable commodity, so we're going to have to opt for the stick instead.