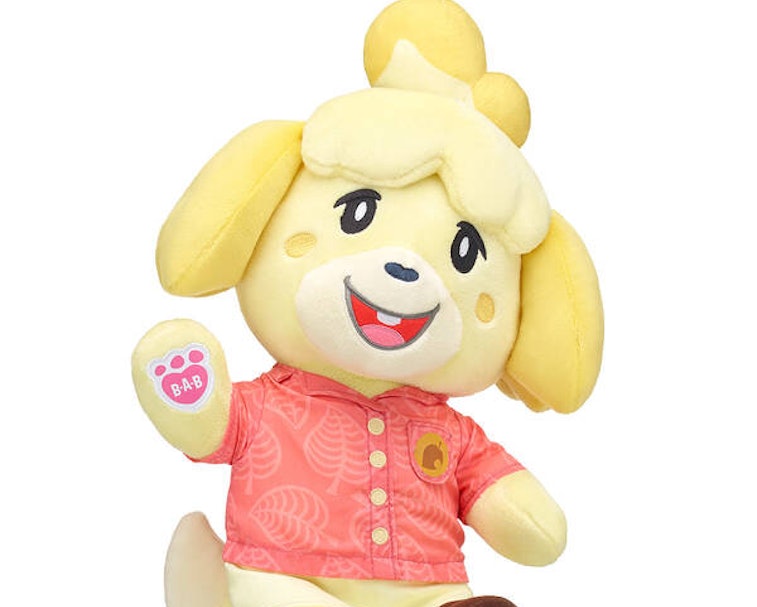 For now, these two are the only ACNH villagers up for sale. It isn't clear if Build-A-Bear will offer other options like, say, Mr. Resetti or K.K. Slider. That uncertainty alone has sparked saltiness among some ACNH gamers.

Unhappy villagers — If Build-A-Bear thought the news would be received with joy and glee — like when it launched an adorable Baby Yoda stuffed animal from The Mandalorian — it thought wrong this time. Soon after the company announced the launch of Nook and Isabelle plushies, ACNH fans couldn't help but wonder aloud why these villagers.

One Twitter user @BlossomyBri remarked, "There are over 400 Animal Crossing characters and you chose two [Non-Player Characters]? You fumbled the bag." Another said, “I love Isabelle and Tom Nook but they don’t need anymore merch, give me Celeste and the Able Sisters NOW.” Yet another offered some hope to the salty villagers by pointing to Etsy where you can buy a Celeste plushie with your zodiac sign on it.

In any case, the products went on sale today for $51 per bundle. You can also sign up for the waiting list as bundles for Nook and Isabelle are running out fast.

For the stuffed animal edition of Nook, purchasers can expect to see our grumpy businessman in a summer outfit. The bundle option comes with the ACNH theme on a sound chip. All you need to do is press his paw and the music will play. Isabelle's plush edition by Build-A-Bear is equally easy-breezy fun. This bundle comes with a sound chip that plays Isabelle’s voice. In classic Build-A-Bear fashion, customers will get a little plush heart that goes inside Nook and Isabelle.

To be fair to the unhappy crowd, it is understandable that hardcore ACNH gamers are a little sick and tired of seeing Nook and Isabelle. There’s no escaping these two. Build-A-Bear could always expand its bundle series to include the aforementioned Celeste and others, like it did with the My Little Pony series. Of course, there’s no confirmation that it has such plans but it’s not out of the realm of possibility.