Bots on Telegram are making deepfake nudes for free 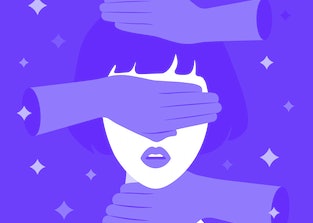 How many women have been targeted so far.

Cloud-based messaging platform Telegram is a hotbed for pornographic deepfakes, according to a security investigation carried out by Sensity. The analysis describes the end-to-end encrypted messenger as a "deepfake ecosystem" where bots are able to turn everyday photos of people into "strip naked" content, particularly of women.

These bots are powered by artificial intelligence, per Sensity, and carry out actions of "stripping" a photo without clothes, often for public shaming and extortion. The firm describes this process as a kind of editing feature which can be easily used by smartphone and traditional computer owners. All they need to do is to retrieve a photo from their personal images gallery and allow the bots to generate the deepfake. These photos can be from anywhere and everywhere on the internet.

How these bots work — In previous reports, Input has explained how bots are able to generate their own images based on original sources like photos and videos. In the case of Telegram's deepfake bots, these bots rely on previously mentioned generative adversarial networks. They strip the original image of the woman in clothes to a "realistic approximation" of the individual's anatomy.

This kind of synthesis depends on the bot's ability to effectively guess the individual's body parts and size. Of course, in order for it to work "perfectly," these bots are trained on copious amounts of visual data related to women's bodies.

This is ugly news for Telegram. The network already has a questionable reputation thanks to white supremacists frequently using the messenger. Now with bots making fake nudes out of unsuspecting people, including minors reportedly, the messaging program is only cementing its image as a deeply compromised platform.