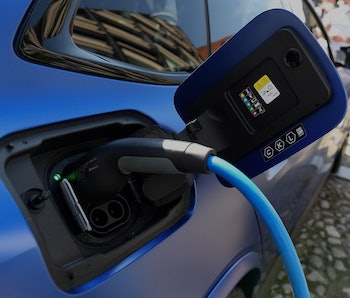 BMW announced that it will cease making internal combustion engines (ICEs) at its main manufacturing plant in Munich, Germany, by 2024. Speaking earlier today before the production kick-off for the company’s all-electric i4 model, BMW’s head of production, Milan Nedeljkovic, also explained that even by the end of next year, at least half of the vehicles built in Munich will either be all-electric or hybrid.

Although Munich’s location is set to become eco-friendly within two years’ time, BMW also noted that its factories in Austria and the U.K. will still make ICEs for its other vehicle models running on fossil fuel. One step forward, two steps back... it’s not that the world’s ecosystems aren’t on the line or anything.

Luxury EVs are here — With the i4’s imminent arrival next summer, the race is officially on for luxury electric vehicles. For years, that image has been synonymous with Tesla’s offerings, but with alternatives like BMW’s i4 or Rolls-Royce’s forthcoming Spectre entering the fray, it’s clear that the Technoking will need to step up his game to stay ahead of the pack.

BMW wants all-electric everything — Luxury four-wheeled vehicles aren’t the only models the legendary German carmaker want to electrify, so to speak. Aside from its extremely futuristic-looking CE 05, the company has shown off a number of concept designs for both two-wheeled scooters and motorcycles.

These are all well and good, but it skirts around the biggest issue at the moment: What the world really needs are multiple, affordable EV options for everyday drivers. While there are certainly a number of choices already, a societal change is certainly not going to come from luxury EVs alone.