Instagram bagged over 25 percent of Facebook's ad revenue in 2019 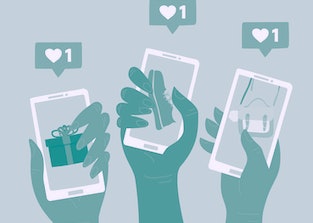 Instagram is doing well, apparently. According to sources cited by Bloomberg, the Facebook-owned photo-sharing app generated about $20 billion in 2019. The figure is specifically related to its advertising revenue, said the sources who asked to remain anonymous as the numbers haven't yet been made public. That's a pretty huge deal for Facebook.

Money well spent — It looks like Facebook's philosophy of investing more money in ads to generate more revenue on the whole is working out for the firm. In 2012, the company bought Instagram for $715 million and now the photo-sharing app has generated a sum topping over a quarter of Facebook's sales. To make matters even sweeter, Instagram has outshined Google's YouTube, which generated roughly $15 billion from ads last year.

How does it work — Instagram's rather simple and straightforward layout undoubtedly helped to make this massive sum possible. When you're scrolling through your Instagram timeline, ads are littering your feed as well as those temporary "Story" posts. Over the years, Facebook has amplified the number of times people saw these ads, thereby increasing the likelihood of them being clicked and explored.

It's a saturation that came with its fair share of criticism but it didn't discourage Facebook from doubling ads throughout the app. This indifference to critics and skeptics makes sense when you remember how Mark Zuckerberg even got Instagram in the first place. Years ago, he initially assured founders, Kevin Systrom and Mike Krieger, that they would have autonomy over their app. Then, through a series of operational switches, he reigned supreme over the platform. It worked out great for Zuckerberg. For Systrom and Krieger, not so much.