BlackBerry sold all its patents, including one for BlackBerry Messenger 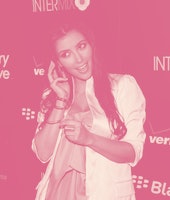 BlackBerry is selling all of its phone and messaging patents for approximately $600 million. Just when you thought it was time to stop mourning the loss of the scroll wheel, too.

The $600 million includes “substantially all of its non-core patent assets,” which includes everything that makes BlackBerry phones tick. Yes, that encompasses BBM. (That’s BlackBerry Messenger, for the uninitiated. And how dare you?)

What Catapult will choose to do with BlackBerry’s patents is anyone’s guess. The not-so-substantial company will need to do some swift footwork if it ever hopes to crawl out of this $600 million debt hole.

Bye, again — If you feel like you’ve been reading about the death of BlackBerry for ages, now, you’re not alone. It’s been a very slow, painful crawl toward the Great Eco-Trash Pile in the Sky.

In early 2020, BlackBerry announced that TCL, which had been manufacturing its phones since 2016, would conclude its partnership with BlackBerry in the next six months. It seemed very much like the end of the BlackBerry legacy.

And then, as if the rollercoaster weren’t already bouncy enough, BlackBerry sunset its proprietary operating system on January 4 of this year. Any phone running BlackBerry 7.1 OS and earlier, BlackBerry 10, and BlackBerry PlayBook OS 2.1 stopped working for good.

BBM resurrection time? — Catapult didn’t exactly pay for these patents out of pocket. The special purpose vehicle will utilize a $450 million loan to take care of the majority of the purchase; a promissory note will cover the other $150 million, with the first payment due within three years.

So Catapult’s pretty deep in the hole. There are a few ways the company could recoup that $600 million, most obviously by utilizing those patents for new technology. The ultra-encrypted BlackBerry Messenger would fit perfectly amongst the likes of Signal and Telegram, and we’d love to see it come back in some form or another, for the nostalgic value if nothing else.

There is a faster way for Catapult to find its way into the back, though. As Ars Technica notes, litigation based on those patents would provide a much quicker influx of cash than the lengthy process of using them to actually innovate. Catapult IP Innovations could swiftly become Catapult IP Litigations.

New lack of patents notwithstanding, BlackBerry is doing really well for itself. The company has pivoted to the cybersecurity business, especially for enterprise customers, and its revenue has been above $1 billion yearly since 2020.