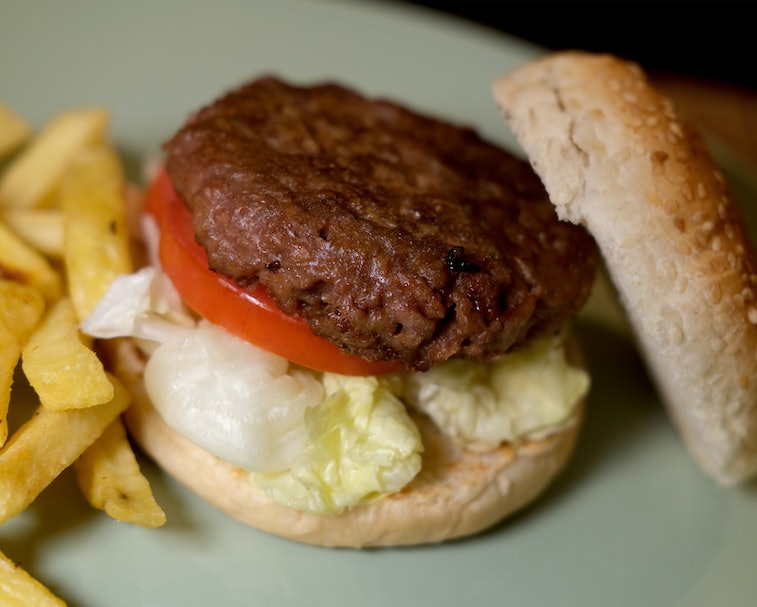 Folks, it's finally happening. After months of blowing hot and cold, Beyond Meat is officially entering a multi-year deal with McDonald's, becoming its "preferred" patty provider, according to a Business Insider report. The company is also teaming up with KFC, Pizza Hut, and Taco Bell in order to offer plant-based alternative options at the famous chains.

For Beyond Meat, a popular plant-based meat manufacturer, this three-year international contract with McDonald's is no small victory.

Last year, Input reported on Beyond Meat's struggle to reach the "I'm-lovin'-it" franchise, with rumors that it would collaborate with joints in the United Kingdom. While the news was certainly uplifting for vegetarians, vegans, and anyone remotely curious about the faux meat market, the ending note on the development was left up in the air. The company continued to struggle in the market, as Business Insider points to Beyond Meat missing its expected gains for "the second quarter in a row."

Despite creating buzz among faux meat enthusiasts, Beyond Meat and Impossible Foods have had to play rough with each other, particularly when it came to snatching a spot at McDonald's. It's a highly coveted position and now it belongs to Beyond Meat. For the most part.

Here's what you can expect — Under this deal with McDonald's, Beyond Meat will work on the McPlant burger. It's also expected to provide alternatives for McDonald's breakfast options. Beyond Meat's description, as noted in the Business Insider, about being the "preferred" supplier of patties for McDonald's doesn't necessarily mean that Beyond Meat will be the sole provider. And this is where the competition gets trickier and dicier.

Since McDonald's works with multiple suppliers to meet massive demands around the world, Beyond Meat will have to prove its capabilities to the franchise and stand a cut above the rest in the global market. This means that Beyond Meat will most likely work shoulder-to-shoulder with rival Impossible Foods. On top of this, Beyond Meat will have to create a strong commercial strategy to make up for the COVID-19 induced losses. The company's sales have been hurting due to lockdowns, according to Business Insider.

Still, it sounds optimistic about its future, noting that its stabilization is soon to start with businesses opening up gradually. With this multi-year deal, Beyond Meat has a rarely afforded chance to improve the McPlant, heal that gaping business wound, and make itself the top dog of the faux meat market.