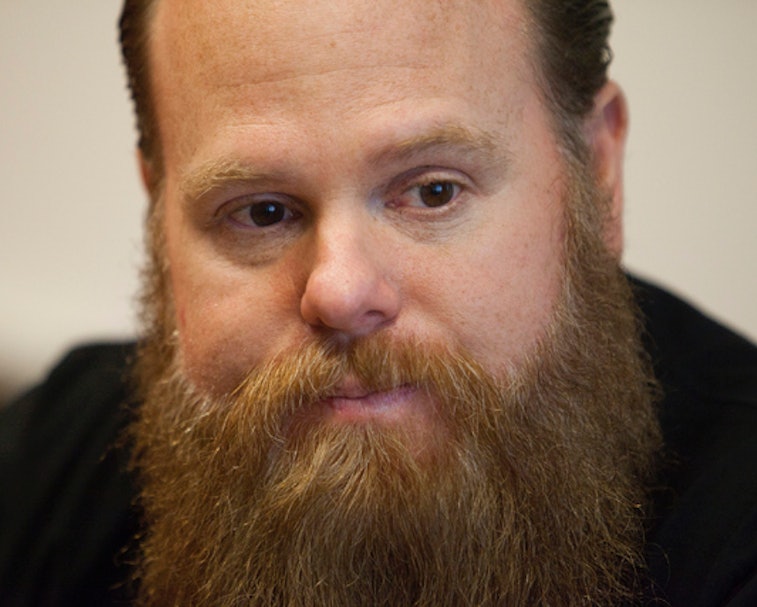 Banjo CEO Damien Patton sold a story about himself for years that cast him as a wayward youth and an abuse victim who found structure in the Navy. Evidently that wayward period included involvement with various white supremacist groups, according to an investigation by OneZero. Banjo, a self-proclaimed real-time Palantir, began to face serious scrutiny in March for its work with law enforcement and lack of clarity around stripping personal information from its data.

A typo can save a reputation — OneZero’s investigation covers Patton’s involvement with skinheads, Christian Identity, the Ku Klux Klan, and other hate groups, but focuses on the shooting of a Nashville synagogue. In that incident, Patton, 17 at the time, drove as another white supremacist compatriot shot into the West End Synagogue where no one was harmed. The shooter, Patton, and another accessory to the crime were apprehended by the police. Patton pled guilty and didn’t serve any jail time.

In a later grand jury testimony, Patton discussed his involvement with these groups in detail including his vandalism of a black church and several buildings with swastikas and “KKK.” None of this information would have appeared in a criminal background check because Patton’s first name was misspelled (Damion) in the official record.

Even if the error hadn’t occurred, Patton would’ve still been able to get Banjo off the ground. Sergio Marrero, who runs the Rebel One Angel and Venture Capital Training Program, told OneZero it’s highly unlikely for investment firms to do more than a cursory Google search. Combined with assumptions from smaller investors that the big dogs are performing diligent checks, a company could easily acquire funding no matter how checkered its founder’s past may be.

In response to OneZero, Patton admitted to their findings and maintained that he’d left this life behind when he joined the Navy (the investigation found he still fraternized with some white supremacists during his training).

“I have tried and failed to completely accept and come to terms with how I, a child of Jewish heritage, became part of such a hateful, racist group,” reads Patton’s statement. “One thing I have done, through therapy and outreach, I have learned to forgive that 15-year-old boy who, despite the absence of ideological hate, was lured into a dark and evil world. For all of those I have hurt, and that this revelation will hurt, I’m sorry. No apology will undo what I have done.”

Who watches the watchmen? — Banjo, which pulls anonymized information from social media, CCTV, and 911 calls to pinpoint crimes, fires, etc., joins other data mining companies with this revelation. Clearview AI was recently revealed as being built on white supremacist foundations. Early investor Peter Thiel also runs Palantir, used notably by ICE and soon on us all.

The weight these three companies have held on investigations throughout this country doesn’t bode well for an already racialized law enforcement system. Palantir manages to elude consequences and direct bad press, but Clearview AI and Banjo are facing reckonings. Learning of Patton’s past, Utah’s attorney general has terminated the state’s contract with Banjo. Utah essentially served as Banjo’s base of operations, with several offices throughout the state.