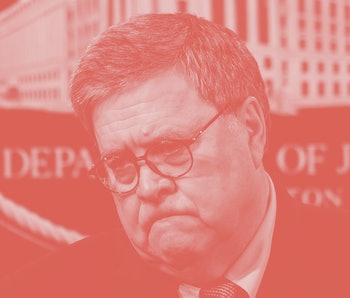 The FBI has been pushing for Apple to unlock two iPhones believed to have belonged to the alleged gunman in the recent Pensacola mass shooting. Now Trump’s advisors are personally requesting the same help. In the past, the FBI has used third-party vendors to unlock iPhones because Apple refused to do so itself.

Nothing from Apple yet — In a statement today, Attorney General William Barr said Apple “has not given any substantive assistance” in unlocking the two iPhones. According to Barr, the FBI has received court-mandated authorization for Apple to force Apple to unlock the phones.

Last week, Apple stated that it would cooperate with the investigation, and that the company had already turned over all of the information in its possession. This information was apparently not enough for the FBI’s case.

The ACLU's surveillance and cybersecurity counsel Jennifer Granick sent out a strongly worded rebuke of the request, saying, “Like four years ago, the government’s demand would weaken the security of millions of iPhones, and is dangerous and unconstitutional. There is simply no way for Apple, or any other company, to provide the FBI access to encrypted communications without also providing it to authoritarian foreign governments and weakening our defenses against criminals and hackers.”

Near-destroyed evidence — Much of the intrigue of these phones lies in the fact that the gunman tried to destroy them during the shooting, which could mean they contain evidence. Barr says the phones need to be unlocked to “better protect the lives of American people and prevent future attacks.”