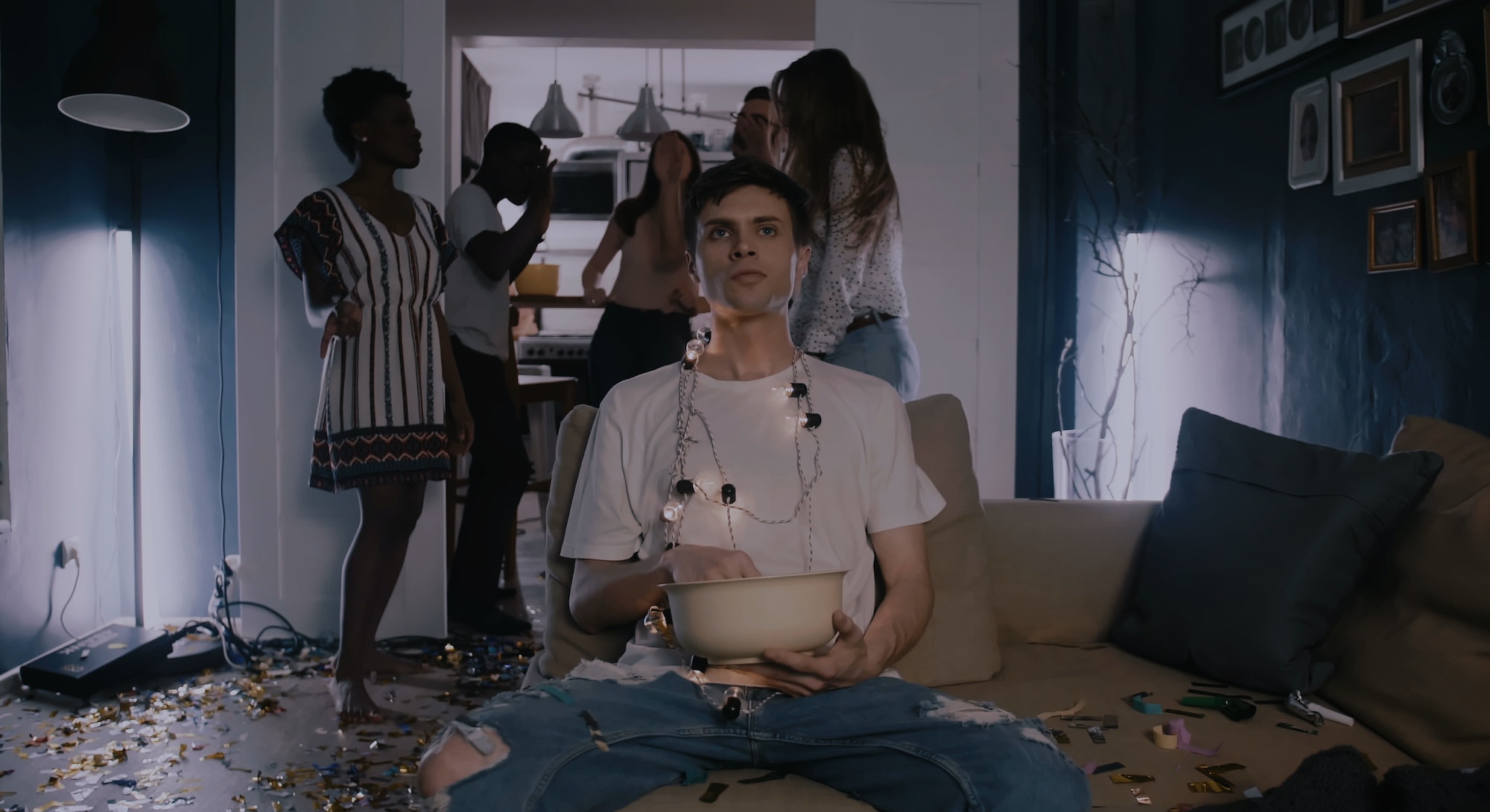 By now, you should be well aware you are a carrier of The Algorithm.

But don't feel bad. Most of us got ourselves were infected without realizing it. Over three-quarters of all Americans are now contaminated — 246 million touched by the Pox of Recommended Viewing.

Despite being a strong contender for one of streaming entertainment's worst value propositions, Netflix saw an unsurprising surge in membership subscriptions since lockdowns began in March. It’s far from the only company seeing that kind of unprecedented boom. According to Nielsen, Americans streamed 81.7 billion minutes of content during the second quarter of 2019. That same timespan for 2020? A staggering 142.5 billion minutes — a nearly 75 percent increase in the already incomprehensible amount of our finite time we give these services.

Perhaps we never truly stood a chance against the Algorithm's take-over of the American entertainment industry.

At a time when online privacy concerns are front and center in our daily cultural and political discussions, many of us are nonetheless perfectly content to hand over detailed information about our preferences, viewing habits, and the narratives about ourselves we like to see reflected back at us, all in exchange for another season of The Mandalorian.

It was always a longshot, but whatever possibility we had of defeating the Algorithm's cultural saturation disappeared during the past year's need for escapism from all the self-quarantines, work-from-home orders, and unemployment filings.

Netflix and Disney were already media Goliaths aggressively shaping our pop culture landscape to best bolster their bottom lines for years, but 2020 solidified streaming companies' stranglehold on media trends. A recent study by the "audience intelligence platform," Pulsar, examined some of Netflix's most popular new titles' effects on both trending searches and social media discussions. In general, the month following a hit show's premiere garnered massive spikes in online discussion.

While that might be predictable to most, the aggregated information from our collective binging all but ensures future releases on the platform will result in calculated, similar cultural discourse and engagement. That being "controversial" social discussions that aren't so edgy as to alienate viewers, voyeuristic poverty-porn to make our personal class inequality appear trivial, and IP reboot after reboot after reboot that satiates the need for "original" content without straying too far from what the general public is already familiar with and comforted by.

Perhaps we never truly stood a chance against the Algorithm's take-over of the American entertainment industry. In 2013, much ado was given to Netflix's House of Cards for openly touting itself as one of the first series to owe its existence almost entirely to Big Data.

According to the late David Carr, writing that year for The New York Times, Netflix "already knew that a healthy share had streamed the work of Mr. [David] Fincher, the director of The Social Network, from beginning to end. And films featuring [Kevin] Spacey had always done well, as had the British version of House of Cards. With those three circles of interest, Netflix was able to find a Venn diagram intersection that suggested that buying the series would be a very good bet on original programming."

And it was. Five more seasons and one long-overdue #MeToo scandal later, House of Cards wrapped up its melodrama of diminishing returns in late 2018. But Netflix did anything but cancel its data harvesting. Stranger Things, The Crown, Selina: The Series, even the ironically successful The Social Dilemma — all titles almost certainly conceived, tailored, green-lit, and/or acquired based on literally billions of data points concerning our recorded preferences, streaming habits, and recommendation ratios.

Is Netflix's algorithmic infection slowly, subtly shifting our tastes through incremental, AI-derived recommendations popping up during the end credits of Tiger King's finale? Or does it simply encase our preferences in electronic amber, ensuring a never-ending, predictable lineup of franchise "reimaginings" punctuated by the occasional "new" title based on our quantified desire for "quirky, offbeat underdog YA stories?"

But even if we are experiencing the former possibility's slightly more optimistic future, at what point do our preferences become complete constructs of algorithmic suggestion? We are offered an array of Netflix shows to choose from, after which Netflix logs those datasets, produces titles based on the most economically viable margins, and then we repeat the whole cycle. Then repeat it again. And again. Until we are eventually left with a hollow construct of emotion and art, a Ship of Theseus comprised of planks like "Lazy Afternoon Movies for Kids" and "Relentless Crime Dramas with a Strong Female Protaganist."

At what point do our preferences become complete constructs of algorithmic suggestion?

Algorithmic influence goes even further than the tailored content it helps to produce. Even the act of visually selling you on a streaming service's recommendations is based on complex aggregate user data. Netflix explicitly told customers this back in 2016 on one of its TechBlog posts, in which it laid out in near maddening detail the layers of information collected to optimize subscription retention and the amount of time we spend engaged with its platform (and, of course, supplying it even more data).

According to the company's own research, if Netflix can't capture your attention within 90 seconds, you are markedly more likely to move on to another activity. As such, every single detail is based on our decisions, down to a film or series thumbnail image.

This strategy may be fine when it comes to CGI dragons, but with human-built algorithms' very clear, well-documented history of racist, sexist tendencies, the idea of trusting massive corporations to design and employ unbiased machine learning shouldn't fill anyone with hope. It's bad enough when it comes to static imagery, but these issues becoming hardwired into how and what media we "choose" to consume portends unforeseen problems we are neither equipped to handle, nor entirely able to avoid after this year's streaming boom.

Losing the Algorithm War may have been inevitable for us, but with Netflix as well as its various, ever-increasing number of competitors (aside from Quibi, obviously) enjoying record subscription numbers and accompanying profits, that defeat was almost certainly hastened due to the 2020 quarantine. Popular culture isn't dead, of course, and new, thoughtful stories will find their outlets in an increasingly diverse media landscape. But there now exists a new, even subtler minefield of cynical commercialism consumers must navigate. A vaccine may allow us to reenter movie theaters and binge our favorite shows alongside friends in 2021, but there is no cure in sight for the Algorithm.