“We think labels should be consistent across first and third-party apps as well as reflect the strong measures apps may take to protect people’s private information.” 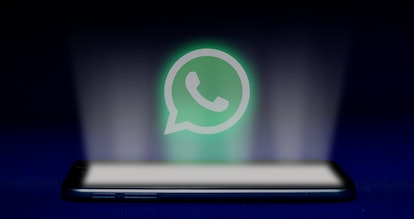 WhatsApp has published a blog post disparaging Apple’s new privacy label requirements, a very public retaliation that points out Apple’s own unfair advantages on iOS. The company also went on record with Axios to dive into what it perceives as anti-competitive inconsistencies in the new policies.

Apple’s updated policy is meant to “help users understand an app’s privacy practices before they download the app on any Apple platform.” Beginning yesterday, Apple is requiring all developers to submit detailed information about how user data is collected and utilized; this information will be displayed on the app’s details page under a subheading called “App Privacy.”

WhatsApp’s issue with this policy is that it doesn’t seem to cover apps created by Apple because they’re not technically available in the App Store. This forces third-party developers to be much more transparent than Apple itself is required to be.

The Facebook-owned messaging company is clear here: it doesn’t mind transparency. To the contrary, WhatsApp believes every developer should be held to these standards — including Apple itself.

Unpacking the labels — WhatsApp’s blog post serves two functions: it points out the inconsistencies with Apple’s new policies and details the privacy information WhatsApp submitted to Apple. The post outlines each piece of privacy information — from personal identifiers to coarse location to diagnostics — with WhatsApp’s reasoning for collecting each.

But if Apple’s new labels are meant to shed light on how developers cultivate consumer data, why does WhatsApp feel it necessary to publish an entire blog post with those details, too? Therein lies WhatsApp’s other main issue with the new labels: they’re far too abstract.

Apple has attempted to make its new privacy labels easily digestible, with privacy data split into generalized categories that can be used across all kinds of apps. But streamlining these categories comes with the potential of confusing or scaring users away if they don’t understand the nuances of those labels.

"Our teams have submitted our privacy labels to Apple but Apple's template does not shed light on the lengths apps may go to protect sensitive information," a WhatsApp spokesperson told Axios. "While WhatsApp cannot see people’s messages or precise location, we're stuck using the same broad labels with apps that do."

Apple loves itself most — The new policy obviously hurts third-party developers the most. Apple isn’t required to use the new labels on any of its own apps, which means users won’t be comparing WhatsApp’s privacy data to that of iMessage, for example. Meanwhile, WhatsApp is, if anything, more secure than iMessage, with end-to-end encryption built right into the app.

This isn’t the first time Apple has come under fire for its latest take on privacy. The privacy updates in iOS 14 also added a toggle to turn off the ability for third-party apps to track user data — and purposefully excluded itself from that toggle. Facebook claimed the sudden change in policy would hurt small businesses (and Zuckerberg’s pockets), so Apple pushed the update’s rollout date to next year.

Update, 12.9.20, 2 pm: Apple told CNBC today that its own apps will actually display the new privacy labels. It's worth noting that this could have been a reactionary move by Apple following WhatsApp's criticism. And, as most Apple apps are pre-loaded on iOS, the vast majority of users will never encounter the labels on Apple's apps at all.