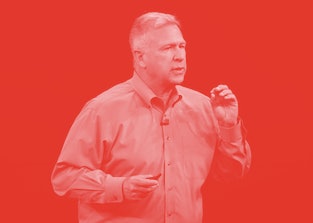 The estimated App Store commission fees Apple made in 2020.

Yesterday the much-anticipated court battle between Apple and Fortnite developer Epic Games kicked off. The first day’s proceedings were lengthy, with lawyers for each side delivering meticulously plotted opening remarks with deep implications for the rest of the trial.

As expected, one of the trial’s most pressing talking points is the 30 percent commission Apple makes on any and all sales made through its iOS App Store. (That fee is what prompted this whole ordeal, after all). Because of the trial, much has already come to light about the App Store business model — like the fact that Apple has considered toning down its commission for years now.

Phil Schiller, an Apple exec who essentially ran the App Store (before stepping back a little last year), considered cutting down Apple’s commission rate to 25 or 20 percent as early as 2011, according to emails made public by the trial, Bloomberg reports. The emails in question were directed at Steve Jobs (then-CEO) and Eddy Cue, head of Apple services.

“Do we think our 70/30 split will last forever?” Schiller wrote. “I think someday we will see enough challenge from another platform or web based solutions to want to adjust our model.”

Food for thought — As evidenced by this trial’s existence, Apple has never gone through with Schiller’s idea. He knew this would likely be the case.

“I know this is controversial, I just tee it up as another way to look at the size of the business, what we want to achieve, and how we stay competitive,” Schiller writes. “Just food for thought.”

Schiller also attached to the email a Wall Street Journal article from the time suggesting that developers might use web apps to circumvent App Store commission fees. That bypass method has already been brought up in court by both Apple and Epic; it’s sure to play more than a minor role in the trial to come.

Is Apple profiting off the App Store? — This question is shaping up to be one of the most pressing tensions in the case of Epic v. Apple. Apple has consistently claimed — for many years now — that App Store fees are funneled right back into App Store upkeep. That argument looks much more flimsy in the face of data about how those fees add up, really.

Sensor Tower analysts estimate Apple pulled in a breathtaking $22 billion in commissions in 2020 — and an expert witness for Epic estimates that Apple’s profit margin is about 80 percent for the App Store.

Phil Schiller originally pitched toning down the commission once the App Store had brought in $1 billion for Apple; we’re far past that point now, and Apple shows no sign of loosening its grip. It may take legal intervention for it to do so.