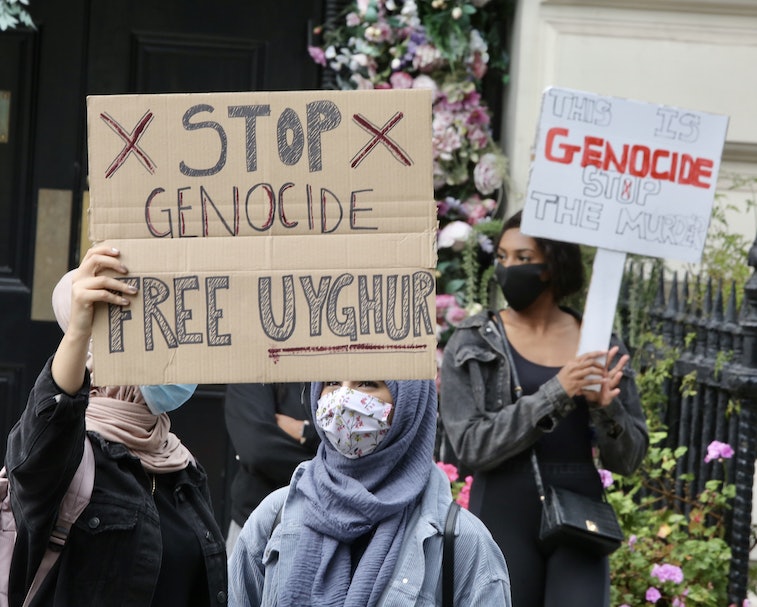 One of Apple’s most prized suppliers, a glass company called Lens Technology, has been accused of utilizing forced labor at its production facilities. A new report by the Tech Transparency Project alleges that thousands of Uighur workers from Xinjiang have been sent to work for Lens Technology, according to documents shared with The Washington Post. Amazon and Tesla also use materials produced by Lens Technology.

The new information is damning for Apple. The company has been accused of using forced labor in an abstract sense before, but never with such specific evidence. The new allegations come just a month after Apple was caught using lobbyists to push back against the Uyghur Forced Labor Protection Act, legislation meant to curb the use of the forced labor Apple is allegedly taking advantage of.

Apple CEO Tim Cook has said in the past — under oath, at that — that forced labor is “abhorrent” and that Apple would “terminate a supplier relationship if it were found.” Cutting ties with such a major supplier would put enormous stress on Apple’s supply chain. So will the company stand by its previous statement?

How certain is this? — The biggest obstacle to stopping the forced labor of Uighur people is how little information we have about which companies are using that labor. As you might imagine, they aren’t exactly forthcoming with that information. Most of the information we do know is brought to light by independent organizations like the Tech Transparency Project.

Katie Paul, director of the Tech Transparency Project, said, “Our research shows that Apple’s use of forced labor in its supply chain goes far beyond what the company has acknowledged.”

As The Washington Post points out, Lens Technology is the most high-profile company in Apple’s supply chain to be accused of using forced labor. The documents used to draw this conclusion haven’t been made public — but it’s unlikely the Tech Transparency Project would make such accusations without hard evidence.

Will they break ties? — So far Apple is keeping its cards close to its chest. (Read: Apple is denying everything.) A company spokesperson says it has confirmed that Lens Technologies did not receive any labor transfers of Uighur workers. He said also:

“Apple has zero tolerance for forced labor. Looking for the presence of forced labor is part of every supplier assessment we conduct, including surprise audits. These protections apply across the supply chain, regardless of a person’s job or location. Any violation of our policies has immediate consequences, including possible business termination. As always, our focus is on making sure everyone is treated with dignity and respect, and we will continue doing all we can to protect workers in our supply chain.”

Given Apple’s vocal stance on forced labor, it’s not surprising the company would prefer to turn a blind eye to this new evidence. Apple may have asked its suppliers about forced labor — but taking those suppliers at their word isn’t enough.

The abuses in Xinjiang are well-documented. Apple, Amazon, Tesla, and many others have been accused of profiting from those abuses. If these companies don’t soon step up and take action, that abuse is sure to continue.