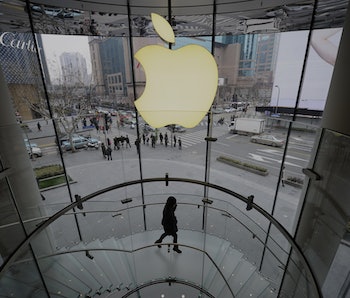 When it comes to Apple, the company's dominance on the digital marketplace is a constant source of criticism. Over time, the firm and its executives have attempted to pacify disapproval from both tech developers as well as Capitol Hill critics about monopoly by insisting that it believes in fair market competition. It even allowed developers to challenge its very own App Store rules.

It's hard to believe any of that, however, when you consider Apple's recent "independent" commission rate study. The so-called impartiality of this analysis about the App Store is hard to trust, especially considering the fact that Apple funded the endeavor.

Of note, the research asserts that Apple gives access to tools like analytics and reporting for developers as part of its "investment in the ecosystem." It notes that its 30 percent commission is fair and that it stays in effect for the first year and then decreases to 15 percent while developers' sales apparently boost by 85 percent. It also boasts that in addition to its propriety payment method being reasonable, the company doesn't charge for delivery of services through third-party apps (like Grubhub).

But the entire analysis completely ignores the actual problem: it's not just commission rates that upset sellers; it's the profound lack of say they have in the matter. It's less of a paper and more of an attempt by Apple to undercut antitrust concerns.

What this 'study' really is — On its surface, the study focuses on the App Store's commission rate and how, according to its authors, Apple's rate is "similar in magnitude" to other stores and e-commerce marketplaces: 30 percent. But third-party developers have to pay that rate while Apple's very own apps don't.

The 48-page document is less of a study of the App Store cuts and more of an aggregation of publicly available information surrounding the company's rates. As OneZero's senior reporter Will Oremus notes, "[It is] important to note this Apple release is not a truly independent study, let alone peer-reviewed academic research, though the authors are Phds."

Curious timing — If a company is making bold claims and amplifying positive soundbites around its business model, it's always worth checking whether the firm has a shareholder meeting coming up or, as is evident in Apple's case, an antitrust hearing... on Monday.

On July 27, the House Judiciary Antitrust Subcommittee is expected to investigate Apple alongside Google and Facebook over marketplace competition. So this "study" is more of a PR strategy to pacify legitimately unhappy developers and antitrust observers, and less of impartial research.