Apple won’t allow villains to use its products on screen, says Rian Johnson

“Apple... they let you use iPhones in movies but — and this is very pivotal if you’re ever watching a mystery movie — bad guys cannot have iPhones on camera.”

Rian Johnson, in an interview with Vanity Fair 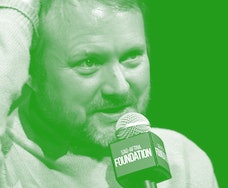 Apple is trying really, really hard to always come off as the good guys. According to Rian Johnson, director of Knives Out, Apple won’t let villains use iPhones on-screen.

This is silly — Smartphones have become as ubiquitous in movies as they are in real life, but apparently there are still limits to how closely we can mirror reality. Apple is so obsessed with how the public conceptualizes its products that the company has taken steps to ensure none of the bad guys ever use its phones in movies. Meanwhile, anyone can go out and buy an iPhone — there’s no doubt in my mind that plenty of bad people use Apple products.

Apple has legions of loyal fans who are very unlikely to be swayed by a movie villain using an iPhone.

I have many questions. What are the limits to this rule? Can someone with questionable morals use an iPhone, or are they reserved for those whose straight-laced nature never wavers? Does Apple need to approve every instance of an iPhone in every movie and television show?

But it isn’t surprising — Apple has always been ultra-sensitive to how its products are depicted on-screen. Before the launch of Apple TV+, the company worried about how its products might be used in shows on the platform.

Apple isn’t going to slow its obsession with image any time soon. Its products are made for everyone, sure, but they’re also a status symbol. And that status is reserved for only the best people. Villains can go grab a Microsoft phone or something.