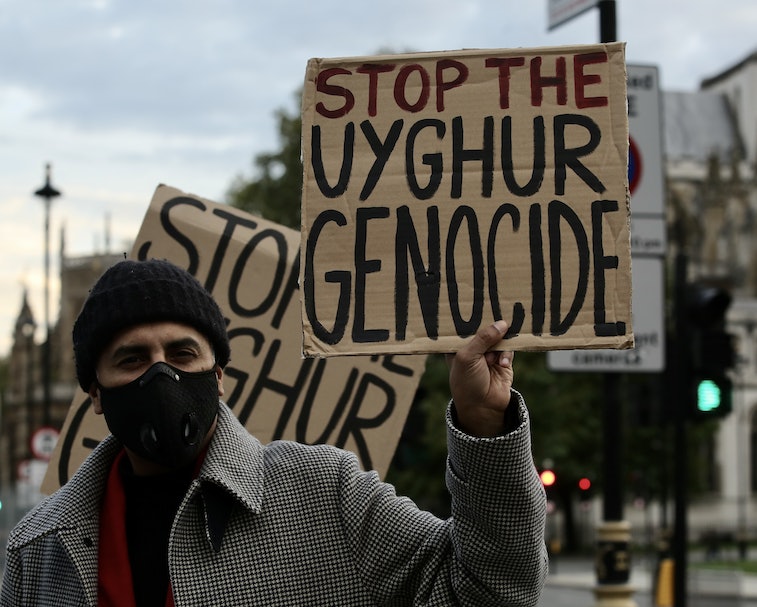 It’s an open secret at this point that many of the world’s most major corporations benefit from the use of forced labor. Camps of Uighur (also spelled “Uyghur”) people in Xinjiang, China, are among the most well-known groups taken advantage of with underpaid labor — and yet many companies continue to use these camps in their supply chains.

Lobbyists hired by Apple are attempting to put the brakes on measures meant to prevent forced labor in China, according to two congressional staffers familiar with the matter. The Washington Post reports that Apple opposes the Uyghur Forced Labor Protection Act in its current form and is taking measures to stop its passing unless pivotal details are changed.

Apple has never acknowledged its use of Uighur labor in its supply chains, but it’s a fact well-documented that the tech giant does indeed benefit from this forced labor being part of its supply chain. Meanwhile, CEO Tim Cook has said quite recently that forced labor is “abhorrent,” so the company’s latest lobbying effort…doesn’t exactly match up with its philosophical vision.

Some background — Exploitation of the Uighur people has been going on for quite a while now, but it’s only in the last couple of years that this forced labor has been reported on a wide scale. Researchers estimate that about a million people have been placed in forced labor camps in Xinjiang since 2015.

More than 190 organizations together wrote an open letter this summer demanding that all sourcing from the Xinjiang region of China be halted within the next year. Big clothing brands like H&M, Adidas, and Nike have been found to use cotton produced in these camps; big tech companies like Lenovo and Apple source parts for their laptops and phones from the area.

Apple’s profits are at stake — At a congressional hearing in July, Tim Cook said under oath that he believes forced labor to be “abhorrent” and that Apple would “terminate a supplier relationship if it were found.” This statement is tricky because it relies on Apple’s knowledge of forced labor being used in its supply chain — when it’s pretty difficult to prove the connection with specifics right now.

Advocates have called upon Apple and other corporations to cut off all use of production facilities in the Xinjiang area of China so as to ensure no forced labor is used in their supply chains. The Uyghur Forced Labor Protection Act would force Apple to do just this — if it later emerged the company had used products made with forced labor it could be prosecuted for security violations.

Apple is pulling some dirty tricks — Ceasing business with the Uyghur regions could potentially hit Apple’s supply chain hard — hence the company’s unwillingness to let the law pass through the Senate as is. (It already passed in the House by a vote of 406 to 3 back in September.)

Fierce Government Relations, a lobbying firm, confirmed in a disclosure form that it was lobbying on the bill on behalf of Apple, though the extent of that lobbying is not known.

Apple consistently champions human rights — a message that is certainly weakened by its decision to lobby against the Uyghur Forced Labor Protection Act. That effort probably won’t do much if anything, given how well-documented the abuses in Xinjiang are. And if the company has legitimate reasons to oppose the bill, it should come out and elucidate them publicly.