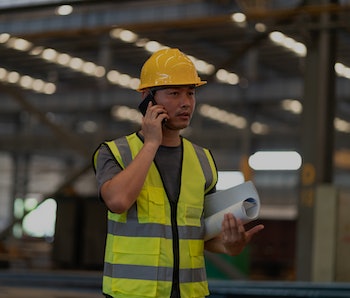 Apple has discovered labor violations at a key iPhone manufacturer, according to Bloomberg. The tech giant claims that it discovered the issue "several weeks ago" in which it was made apparent that a student workers' program in Shanghai and Kunshan units was being manipulated at the China-based production chain.

According to Bloomberg, the assembler misclassified these student workers and as a result, had them work overnight and overtime. This constitutes a violation of Apple's Supplier Code of Conduct. The report also claims that those involved at the key manufacturer unit "went to extraordinary lengths" to skirt the issue from being discovered and taken to task.

The partner in question, Pegatron, is one of the firms that Apple needs for manufacturing iPhones. The news comes at a particularly tense moment for the tech titan as it is already relying on iPad parts to make up manufacturing demands for iPhone Pro 12. In efforts to rectify the labor issue and keep public rancor in control, Pegatron has fired the manager responsible for the misclassification and ensuing labor violations against the student workers.

In an official statement given to Bloomberg, Pegatron said:

Pegatron misclassified the student workers in their program and falsified paperwork to disguise violations of our Code, including allowing students to work nights and/or overtime and in some cases to perform work unrelated to their major. The individuals at Pegatron responsible for the violations went to extraordinary lengths to evade our oversight mechanisms.

Upon discovery of this non-compliant activity, we immediately took the student workers off production lines and worked with our customer and third-party experts to make appropriate arrangements for them to return to their homes or schools with proper compensation alongside all necessary support and care.

Not the first — It's not a secret that Apple's manufacturing projects are often tainted with accusations of labor violations occurring at its factories. Earlier in 2020, the Australian Strategic Policy Institute noted Apple's worrisome proximity to supply chains in China that exploited the labor of Uyghurs and other vulnerable minority groups who were being transferred to factories around the country by way of the Xinjiang province. Former employees have also complained that the company is not considerate of workers with disabilities.

Even well before these reports, a spate of suicides at the Hon Hai Precision Industry drew worldwide outrage and condemnation for Apple's failure — which seems ever alive — to ensure ethical practices at third party contractor businesses.