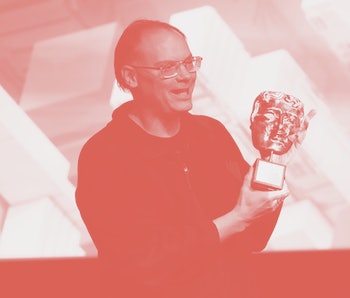 The long-awaited court battle between Epic Games and Apple is set to start in less than a week, and the case has a new — and particularly laughable — wrinkle. In preparing for the case, Apple “inadvertently” sent over 13 private documents to Epic’s legal team as part of its general disclosures. Now Apple is asking the court to block those documents from the ongoing case. Oops.

“Reviewing millions of documents in a few months, Apple inadvertently produced a handful of privileged documents about the development of its recently launched Small Business Program (the ’SBP’),” a court filing spotted by iMore reads. “Apple learned in February that 13 such documents had been produced and clawed them back.”

Before filing with the court, Apple reached out to Epic, asking the company to disregard the documents in question. Epic refused, calling the clawback “improper.” Oh, and Epic then decided to include three of the documents in its trial exhibit list.

It seems neither Epic nor Apple is willing to pull any punches in this legal battle. The impending court case promises to be precedent-setting (and entertaining).

What’s in the docs? — Obviously we are here for this drama. The disagreement itself is juicy — but we’re also now finding ourselves pretty invested in these 13 documents Apple accidentally sent over to Epic. Whatever’s contained therein must be at least somewhat interesting, if Apple is recalling them so intensely.

Epic has chosen to include three email threads from the documents in its trial exhibit list, according to the court filing. We have some idea of the contents of those emails, thanks to a separate explainer declaration written by Apple Fellow Phil Schiller. (Schiller’s declaration document was filed alongside the longer court filing.)

The emails Epic is presenting cover legal minutia around the Small Business Program, Schiller says. The legal advice covers bases like fraud — how some participants might obscure their finances to be eligible for the program — and money laundering.

Coming in hot — All told, the drama around these inadvertent document disclosures seem much more interesting than the documents themselves. Based on Schiller’s description, the documents don’t even seem to pertain to Epic’s case all that much. Epic didn’t even choose to include them in the trial until Apple asked them not to. That sounds more like spite than anything else.

If anything, this petty back-and-forth is likely a fair indicator of how the upcoming trial will be fought: with no punches held back. Even Apple CEO Tim Cook will be forced to sit for a seven-hour deposition in the trial, though certainly not of his own free will.

Epic is no stranger to playing dirty. That’s how this whole mess started, after all: Epic cut around Apple’s long-standing 30 percent App Store fee just to try getting away with it. Get your popcorn ready; this trial is already shaping up to be 2021’s most entertaining legal battle.