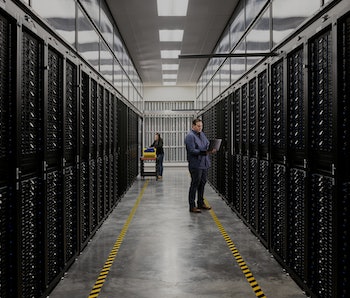 Apple announced today a plan to make all of its operations — including the company’s worldwide supply chain and product life cycle — carbon neutral by 2030. Apple says it’s already carbon neutral today for its global corporate operations, but those are only a tiny part of its enormous business. So there’s still a long way to go before the company achieves true carbon neutrality. The company also released a 2020 Progress Report about how its environmental efforts went in the past year.

“Climate action can be the foundation for a new era of innovative potential, job creation, and durable economic growth,” CEO Tim Cook says in the announcement. “With our commitment to carbon neutrality, we hope to be a ripple in the pond that creates a much larger change.”

Along with the announcement of its commitment, Apple provided a very detailed roadmap exploring how exactly it plans to reduce its carbon footprint so much in the next 10 years. The 2020 Environmental Progress Report posits that Apple will be able to reduce its emissions by 75 percent by 2030 while also developing innovative carbon removal solutions for the remaining 25 percent of its footprint.

Apple is not the first big tech company to promise carbon neutrality in the next decade. Microsoft and Amazon have made similar far-reaching commitments this year, and Google has been carbon neutral since 2007. A growing trend in corporate commitments to minimizing climate change is a movement we can get behind. Now we can only hope these companies follow through on their promises. And that their timelines are ambitious enough to prevent an irreparable climate catastrophe.

Meet Dave — Firstly — and perhaps most obviously — Apple plans to continue using low-carbon and recycled materials in its products. This includes recycling innovations like “Dave,” a robot that disassembles the Taptic Engine from newer iPhones to recover rare earth magnets and tungsten to be re-used in future production.

Efficiency across the board — Apple is also expanding energy efficiency programs at its corporate facilities and working to do the same in its supply chain. Apple says the facilities that have joined its Supplier Energy Efficiency Program avoided over 779,000 annualized metric tons of carbon emissions last year. There’s also a new partnership between Apple and the US-China Green Fund that will invest $100 million in energy efficiency for Apple suppliers.

Keep renewing that energy — Apple is focused on bringing renewable energy sources to every segment of its supply chain. Already the company has commitments from more than 70 suppliers to use 100 percent renewable energy for Apple production. Those commitments will avoid the equivalent carbon usage of three million cars. Apple is also launching new solar array projects in Scandinavia, the Philippines, and Thailand.

Give us the fancy aluminum — Apple isn’t just recycling its old materials; it’s also supporting the development of carbon-free smelting processes to create aluminum with next to no carbon footprint. The first batch of this fancy innovative aluminum is being used for the 16-inch MacBook Pro.

And remove that pesky carbon — It’s all well and good to remove carbon emissions from processing now and in the future, but that doesn’t do much to remove all the carbon we’ve been sending up to the atmosphere for a very long time. To that end, Apple is creating a new carbon solutions fund to invest in the restoration of forests and natural ecosystems around the world.

In 2020, Apple’s going carbon-neutral isn’t groundbreaking — it’s the bare minimum for such a massive company to do everything in its power to offset its contributions to climate change, especially when so many others are still actively allowing climate change to happen. Hopefully, carbon consciousness will become a necessary part of corporate culture at other big companies, especially those that manufacture goods at the sort of scale Apple does.