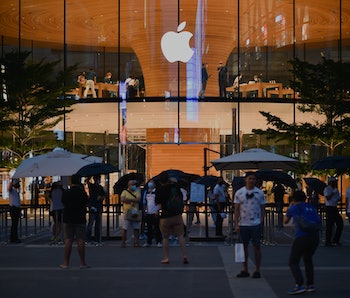 Apple knows we all like a good deal. Or at least the perception of one. That’s why the tech giant is getting ready to introduce subscription services bundles, Bloomberg reports. The move is being called “Apple One” and the bundles it would cover could launch as soon as October with the next-gen iPhones, according to people familiar with the matter. The move could be compelling for customers who use more than one Apple service already, and it's a great way for Apple in turn to lock consumers into its eco-system.

Bundles are already common in the video streaming world. The only real surprise here is that Apple, which sees an ever-larger slice of its revenue coming from recurring subscriptions, hasn't done it sooner. With Google attempting to convert iOS users to its online storage systems, there’s never been a better time for Apple to move into the new decade with a subscription bundle of its own that could not only tether Apple device owners to iCloud's paid tiers, but potentially provide a larger audience for its less-successful services like Apple Arcade and Apple TV Plus.

What’s included in the bundles? — Details of the Apple One bundle are pretty scarce right now, given that the company hasn’t actually released any plans to the public yet. Unsurprisingly, an Apple spokesperson declined to comment on the matter entirely. Nonetheless, Bloomberg’s source has some early details about the bundle.

Apple is mulling over the idea of the program having different tiers, with the most basic package including just Apple Music and Apple TV Plus. More pricey tiers will include Apple Arcade, Apple News Plus, and extra iCloud storage. Each additional service will bump the subscription cost up a bit.

There’s also a rumor that one of the tiers will include an entirely new subscription for virtual fitness class subscriptions. This would make sense as an extension of the Fitness app, which Apple has made significant upgrades to iOS 14. Apple hopes this package would rival offerings by companies like Nike and Peloton. It could also help it keep ahead of Google, which acquired Fitbit and is no doubt looking to use its Wear OS platform to challenge the Apple Watch as the fitness-focused smartwatch of choice eventually.

Bundles on bundles on bundles — It’s looking like Apple’s new subscription bundles won’t just stop at basic service packages. The company is also considering expanded bundle options as part of Apple’s Family Sharing service, which would extend the subscribed services to up to six people. It's speculated that the highest-tier bundle would save a family about $5 per month.

Apple is also looking to create new software and hardware bundles. For example, the company is considering a bundle where buyers of an Apple TV would receive a free year of Apple Arcade. It made a similar move with Apple TV Plus when it launched.

That name sounds… familiar — Yeah, it does to us, too. Probably because Google’s take on subscription bundles is called “Google One.” Bundle names are in limited supply, it seems.

Apple is already making bank with its services — last year it made upwards of $50 billion just from those fees. Subscription bundles could be just the push Apple needs to take its subscription services to the next level of profitability.