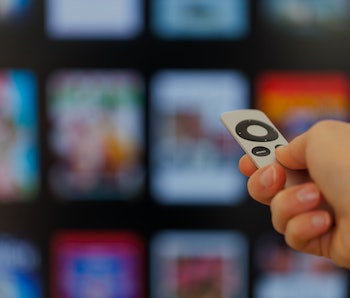 Apple is making a selection of its Apple TV+ shows and movies available for free for a limited time. The company follows others including HBO and Sling which have also begun offering free access to their catalogs in an effort to encourage the social isolation necessary to reduce the spread of the deadly COVID-19 coronavirus.

Unfortunately, Apple is only offering a handful of its original productions for free. You need the Apple TV app to watch, of course, but non-Apple devices from Samsung, Roku, Amazon Fire, and several others support it.

Maybe free is a good price for Apple TV+ — While most of the shows above have garnered decent enough reviews, nothing on Apple TV+ has yet to really break out into the pop culture lexicon. It is disappointing that Apple didn't include arguably one of its best originals, The Morning Show, though.

Apple TV+ is believed to have somewhere around 33 million subscribers, but every new purchase of an iOS device includes a one-year subscription for free. The vast majority of subscribers are believed to be on this free trial. For context, Disney+ launched at nearly the same time last November and has more than 50 million subscribers. That service is offered to Verizon customers free for the first year. Who knows, maybe unlocking some content will get more people looking at TV+.

You should look elsewhere too — If you're looking for some undoubtedly good content I would recommend turning your eye to HBO, which last week unlocked nearly 500 hours of its stellar programming for all to enjoy. Shows that are available for viewing there including some great ones like The Sopranos and my recent favorite, Succession. Sling is also offering 7 days of free live TV streaming, including more than 40 channels.