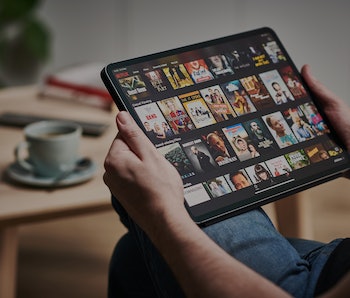 During trying time, you've gotta make do with what you have. The Nikkei Asia Review reports Apple is relying on iPad parts in order to make up for the shortage of the virtually perfect iPhone 12 Pro. The news outlet reports that the consumer demand for iPhone Pro 12 has been remarkably high. So much so the company has been experiencing shortages related to power chips as well as LiDAR components. The latter is particularly important as it is related to what Nikkei Asia describes as the phone's "depth-sensing imaging functions."

We should've expected this — One of the sources familiar with the manufacturing decision told the publication that the supply constraint has been burdensome for the tech titan. "That has affected around 2 million units in overall iPad production compared with its previous production plan for this year," the source explained.

According to Bloomberg, the issue isn't limited to LiDAR shortage but also chips that help with power management for enhanced camera features and 5G capabilities in Pro 12. These features take a lot of energy and without those chips, the model is useless. Apple is expected to come up with a plan that would require suppliers to manufacture 20 million iPhone 11, SE, and XR handsets starting in October. This is to meet the demand for year-end and holiday-specific purchases.

Bloomberg also notes that 11, SE, and XR handsets that are made after October will not arrive with a charger or earphones. It's a matter of changing manufacturing priorities, a company executive source told the outlet. "The momentum for the iPhone 11 is surprisingly strong and keeps going. But that's not the case for Pro and Pro Max," the source explained.

It was never going to be smooth sailing — Focusing attention away from iPhone 11 Pro and Pro Max will allow Apple to focus on creating 12 Pro and Pro Max. Of course, manufacturing hiccups were expected as the COVID-19 pandemic hit Apple factories hard, especially in China. As a result, we noted previously, its development and production processes have lagged behind. This is in addition to Apple trying to stay above the regional and political tensions between the White House and China, and cutthroat competition with Chinese rival Huawei. It's a lot of tension for the company to handle.

But if we know one thing about Apple, it's that Tim Cook and his crew don't mind a little adversity. In fact, they kinda thrive on it.