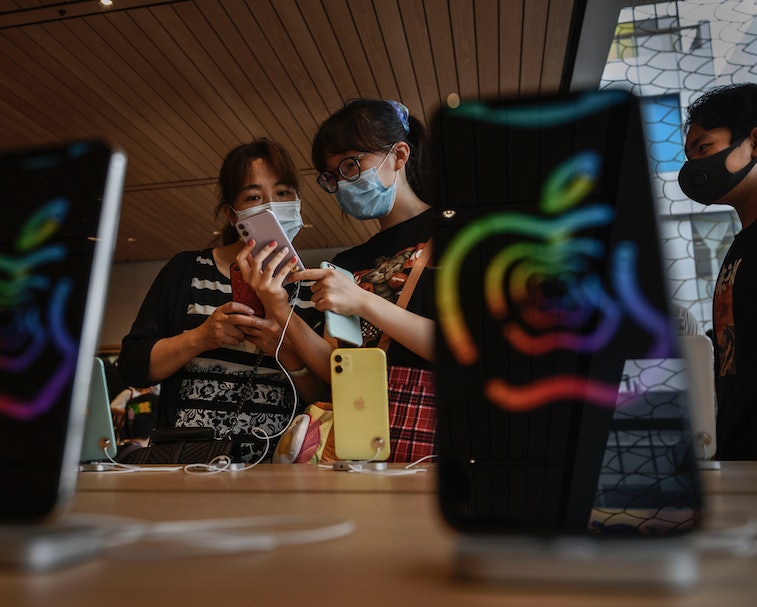 Apple removed more than 47,000 apps from the Chinese App Store this month in order to comply with Chinese regulations around in-game payments and other mechanisms that now require licenses from the Chinese Government. Experts worry it may be a sign of the company losing its ability to negotiate with Beijing, and being increasingly forced to make concessions in order to keep doing business in the region.

Back in February, Apple announced game developers would need to receive approval from the Chinese government by June 30, 2020 in order for their apps to be allowed on the Chinese App Store. Consequently, the removal of large numbers of apps isn't a surprise, but it's what it points to that has observers concerned.

Apple has long been notoriously lax about following the Chinese government’s intense protocols, in part because it had negotiated exemptions. Until now, the company’s App Store has done well in China, and the country has become a pivotal ground for the production and sale of Apple’s physical devices, too. But that looks to be changing.

With tensions between the United States and China reaching all-time highs, tech companies are finding themselves stuck in the crossfire. Could this be the beginning of the end for Apple’s business in China?

Loopholes to please everyone — For the time being, Apple remains a notable presence in China. But the tech behemoth’s ability to operate in the country could soon come to screeching halt.

A new report from The Information speaks to the many, many loopholes Apple has exploited in Chinese regulations to keep its consumers happy. To be fair, Apple’s presence in China has also been lauded by the country’s government; the company has created millions of jobs and paid billions in taxes in China, making it a win-win for everyone involved.

Despite generally being seen in a favorable light, Apple’s hard-won ties in China are quickly beginning to unravel. The drama surrounding the potential ban (or sale) of TikTok — the first Chinese app to really take off in the U.S. — is pushing U.S.-China relations to their limits.

The Chinese government has long allowed Apple to skirt around official regulations to keep the App Store running smoothly in the country — and smooth it has been, with more than $11.5 billion in App Store sales in China last year alone.

Collateral damage from Trump's tantrums — As if Chinese regulations were not enough of an obstacle, Apple’s future in China is also threatened by the looming U.S. ban on Chinese apps, especially in relation to President Trump’s threats against Tencent, and his ongoing animosity toward Huawei. The vast majority of Apple users in China said they would rather ditch their Apple devices than give up their access to Tencent-owned super app, WeChat.

Experts worry that the closing of long-standing loopholes and the current political tensions between the U.S. and China could combine to create the perfect storm, spelling Apple’s demise in China. No matter how Trump’s vendetta against Chinese technology plays out, it’s unlikely Apple will ever truly re-assert its grip on the Chinese market in the way it had until recently.