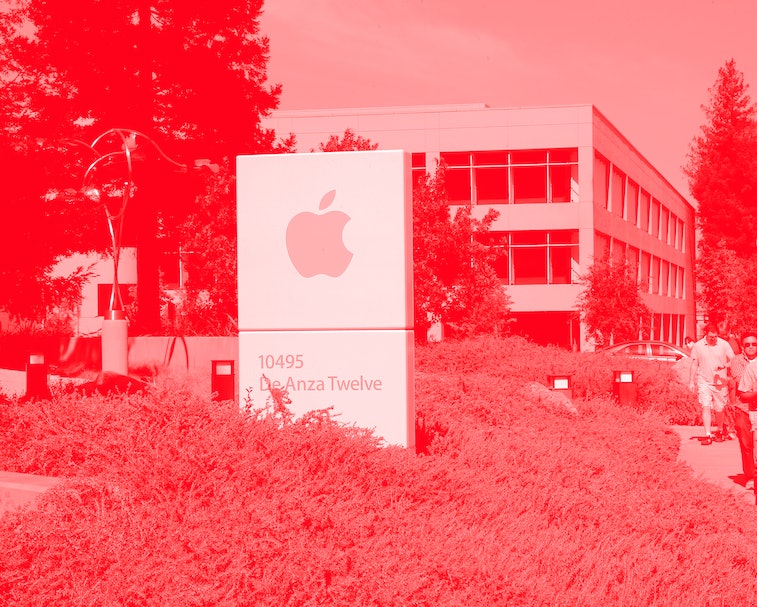 When Ashely Gjøvik’s position at Apple was terminated last month, the company claimed she had been fired for leaking insider information. What information she had supposedly leaked remained a mystery to her — she had been sounding the alarm on various issues at the company, but nothing sensitive.

Less than a week after being fired, Gjøvik received a letter in the mail from O’Melveny & Myers LLP, a powerful law firm perhaps best known for defending Donald Trump over the Trump University fiasco. The letter, Gjøvik tells Gizmodo, asked her to remove “certain images and video” that she’d posted to social media.

The supposedly sensitive material had nothing to do with the internal company issues she’d been posting about on social media. Gjøvik was instead greeted by two of her tweets. One included email screenshots that invited her to volunteer for a study that would include taking high-resolution 3D scans of her ears — an effort to perfect the shape and size of AirPods. The second tweet? A selfie. Just a selfie.

Looking for a reason — The selfie in question was taken by Glimmer, an internet Apple tool that takes photos of users’ faces every time they pick up their phones to improve Face ID. Apple is essentially claiming the selfie is company intellectual property — though the U.S. Copyright Office has made it clear in the past that any photos taken by non-humans cannot be covered by copyright law.

The email screenshots, meanwhile, were not confidential. The public already knew about Apple’s ear-scanning research; Steve Joswiak, Apple’s VP of product marketing, had even spoken about it in interviews.

David L. Hecht, a patent litigator Gjøvik recently brought on to her case, is all but certain Apple is just leaning on these tweets as an excuse. “In terms of what I’ve seen, yeah, they were looking for a reason to fire her,” Hecht said. “They were very upset that she was, you know, whistleblowing.”

And the NLRB is involved — Outside of her own personal legal defense, Gjøvik has also filed complaints with the National Labor Relations Board (NLRB). She first went to the NLRB earlier this year to document her concerns about sexism, a hostile work environment, sexual harassment, unsafe working conditions, and retaliation.

Gjøvik’s hope with all these legal proceedings is straightforward: to change what she sees as a poor working environment at Apple.

“Ultimately,” she told Bloomberg, “we’re never going to see any systemic change at Apple without empowering the employees to feel comfortable speaking out as they are legally protected to.”