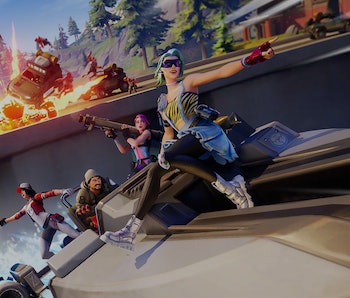 Yesterday, Epic said that Apple is threatening to revoke its access to the Apple Developer Program on August 28 unless it reverts its in-app payment systems to comply with Apple policies. This would cut Epic off from pivotal tools it uses to create and update its Unreal Engine, along with other developers who use the Engine in their own titles for iOS or macOS. Epic cried foul. Last night Apple responded to Epic, and the response isn't going to please Epic.

“We very much want to keep the company as part of the Apple Developer Program and their apps on the Store. The problem Epic has created for itself is one that can easily be remedied if they submit an update of their app that reverts it to comply with the guidelines they agreed to and which apply to all developers. We won’t make an exception for Epic because we don’t think it’s right to put their business interests ahead of the guidelines that protect our customers.”

If Epic thought Apple was going to roll over, so far it's been proven resoundingly mistaken. There's no modicum of sympathy from Apple on this issue. The tech overlord’s position is clear: if you don’t comply you can take your business elsewhere. Except, of course, Epic can't really do that.

What’s this feud about, anyway? — The long and the short of it is that Epic doesn’t want to comply with Apple’s strict App Store rules that require it to give a cut of in-app purchases to the Cupertino-based company every time someone buys something using Apple hardware.

Last week, Epic Games announced it would allow players of its uber-popular game Fortnite to make purchases directly within the app, rather than processing them through the App Store. Within hours Apple kicked Fortnite off the App Store entirely. Epic responded by immediately suing Apple over the removal of the popular game claiming it's abusing its market dominance and that it doesn't apply its own rules consistently.

Apple’s policies are simple: developers are obliged to process every payment through its payment system so it can skim a hefty 30 percent (or 15 percent in the second year of a recurring subscription) off the top. Epic is understandably frustrated about this rule, which benefits Apple and hurts both Epic and its customers. Apple, meanwhile, says the rules apply to everybody equally, and that its fee is the price of ensuring App Store content is safe and legitimate.

Hitting a breaking point — Apple has been hit with criticism from all kinds of developers over its monopolistic App Store policies. Gaming companies have been particularly vocal about the policies, which make streaming subscriptions all but impossible.

Though Apple says every company that uses the App Store is subject to “equal” policies, as Epic rightfully points out in its lawsuit, big companies like Netflix, Amazon, and Google all get preferential treatment when it comes to Apple’s payment processing policies.

Apple says Epic has until August 28 to switch the Fortnite app back to comply with its payment policies. This is bigger than just Apple now, though — Google and Samsung removed the Fortnite app from their respective stores as well over the same issue.

Not a good look for Apple — The ongoing anti-trust proceedings making their way through the federal government will likely not look favorably on Apple in this fight, but that's not going to change its behavior. First, Apple knows any regulation forcing it to change its position will take years to come to pass if it does at all. Second, it knows that if it shows signs of weakness and bows to Epic's demands, it could open the floodgates of other developers wanting to renegotiate the fees they pay it. Epic has deep pockets, sure, but Apple's are even deeper.