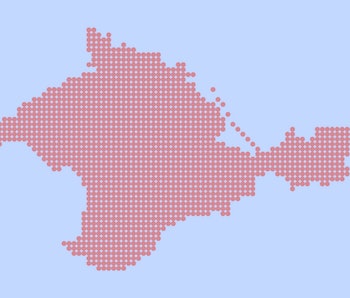 Apple does politics, poorly — After several days of negative press, Apple seems to have reconsidered its move to designate the Crimea region as part of the Russian Federation in its apps. According to Appleinsider, the company is now reviewing the changes and its policy around border disputes. "We are taking a deeper look at how we handle disputed borders in our services and may make changes in the future as a result," an unnamed Apple spokesperson told the publication.

Not alone, but not good — Google and Yandex have also made similar changes to their designations around Crimea, so this isn’t exactly uncharted territory. However, Tim Cook and co. have been on a notable and highly visible journey to appease some of the worst people in the world lately, posing for fake photo ops at fake factories with Donald Trump, removing the Taiwanese flag from its emoji options, and killing apps that help Hong Kong protesters know where the police are.

Why is Apple feeling the heat? — On November 28, The New York Times reported that Apple had made changes in Maps and other apps so that when viewed in Russia, the Crimea region — a portion of Ukraine annexed by Russian force in 2014 — now surfaces as part of the Russian Federation. When seen outside of Russia, Crimea remains part of Ukraine. The changes seem to have come at the behest of Russian political forces, and were seen as a win for Vladimir Putin and his continued power grab in Eastern Europe. In the words of Russian parliament member Vasily Piskaryov, “We see that everything has happened the way we wanted it.”