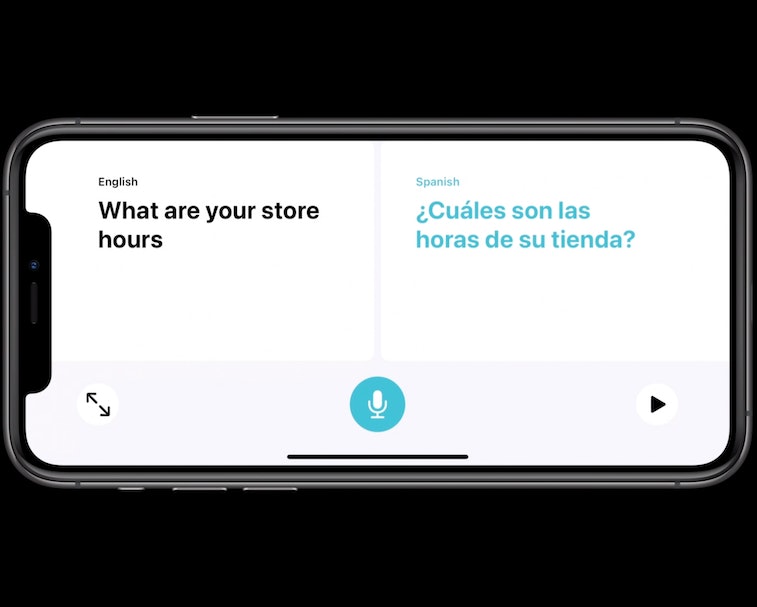 Apple is releasing its own Translate app as part of the forthcoming iOS 14 update, the company announced at today's WWDC conference. The app works offline and uses built-in machine learning capabilities to carry out translations.

Translate will work with 11 languages at launch. The app can even auto-detect what language is being spoken if you're not sure — and, thanks to Siri integration, it can be launched quickly, for all your on-the-go translation needs.

Competing with Google — It's no secret that Google Translate is a giant in the translation department. Features like real-time transcription in foreign languages have been available for months, while Apple has never even taken the time to release a native translation app until now.

Home team advantage — Apple's Translate app is going to quickly become the go-to for iPhone users for one simple reason: it's integrated into the operating system. You don't need to rummage around for the Google Translate app while you're in the middle of a conversation or hailing a cab — just hit the Siri button and get to translating.

Translate will be available as part of the new iOS 14 update.