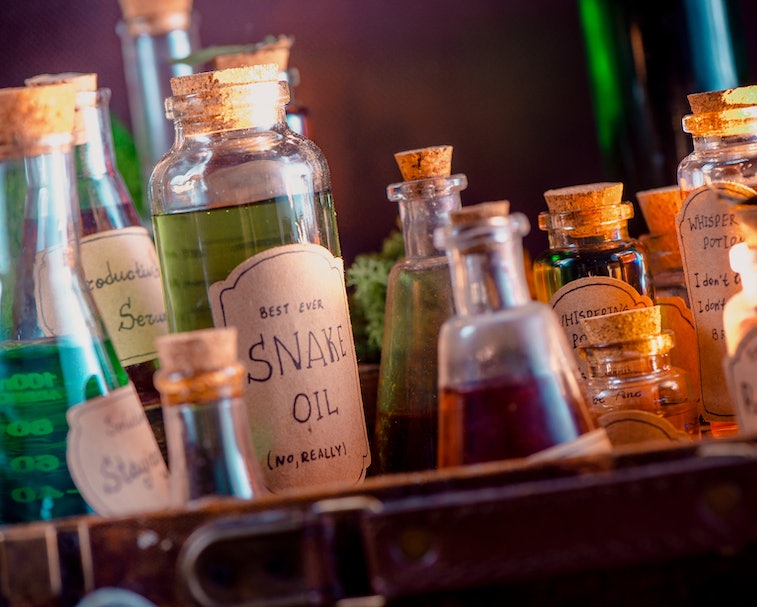 Update: Marshall Mosher issued an apology on Twitter on May 7. He took the original post down from his Instagram. The company has made it more obvious on its website that the product does not cure or prevent COVID-19. In a statement to Input, Mosher said:

I did inaccurately say that it helps to prevent it in an environment that was not an accurate depiction if it’s intended use according to the company and the science behind the tech.

Exasperated sigh: the influencers are at it again. Marshall Mosher, popular Instagram user and co-founder of innovation startup Vestigo Adventures, has taken to his Instagram Stories to advertise a necklace that uses “NASA tech” to purportedly ward off COVID-19.

Mosher’s post, spotted by internet culture reporter Taylor Lorenz, is misleading from the start, calling the device a “cure” and then backtracking to say it’s just “an epic way to prevent yourself from getting it.” Are we still using the word “epic” to describe things?

Everyone is grasping at straws when it comes to cures and protections from the still-spreading COVID-19 pandemic — and the internet makes it all too easy for untested solutions to get airtime and do more harm than good. Influencers are some of the worst offenders because they’re often paid to advertise all kinds of products to their many followers, whether they're legitimate or not.

Instagram loves influencers because they’ve become such an integral part of the network’s business model. These powerful users have come under scrutiny recently for lack of transparency in their practices — but much more needs to be done in limiting and filtering their content.

What is this necklace? — The product in question is called ReSPR SeLF (yes, it’s stylized just like that), and it’s just as sketchy as it sounds.

According to the product’s website, the necklace “generates a powerful ionic wind, creating a shield of more than 7 million unpolar charged ions that prevents particles from entering your breathing space." The device’s website equates this to using an umbrella in the rain. It’s on sale right now for about $159.

Let’s call this what it is — The ReSPR SeLF is pseudoscience. Snake-oil. Bunkum. Fraud. Despite dedicating a full page of its website to “research,” the product has not been tested by any reputable agencies. There’s little evidence it does anything at all.

Unsurprisingly, the ReSPR SeLF website does not explain its supposed ties to NASA, either.

This is dangerous — The problem with pseudoscience is that it presents itself as science. If Mosher’s nearly 200,000 followers click through to this product on his suggestion alone — which many are wont to do — and do no further research, they might just believe the device can somehow ward off the virus.

Even the product’s FAQ page is misleading. The top question — “Should I wear this with a mask?” says the ReSPR SeLF works whether or not you’re wearing a mask. Wearing face coverings in public is one of the best ways to fight COVID-19. This product is basically telling customers they don’t need a face mask if they’re wearing it.

Only at the bottom of the page does the FAQ say that the ReSPR SeLF “does not treat, cure, lessen the progression or severity, or prevent any disease.” It might be helpful to move that to the homepage instead.

Instagram is culpable here — Pseudoscience is going to continue to exist whether or not influencers are paid to advertise it. But by letting them do so, Instagram is making the problem much worse.

The ReSPR SeLF Instagram page only has nine followers right now. If Mosher hadn’t posted about the product on his page, it’s likely that next to no one would have seen it on Instagram at all.

Allowing this content to exist on Instagram is dangerous enough; even worse is that people are being paid to spread these potentially dangerous falsehoods. Instagram simply shouldn't allow this sort of content on its platform. Now, more than ever, the company needs to seriously rethink how its policies can leave users misinformed and ill-prepared. The consequences of not doing so could be fatal.