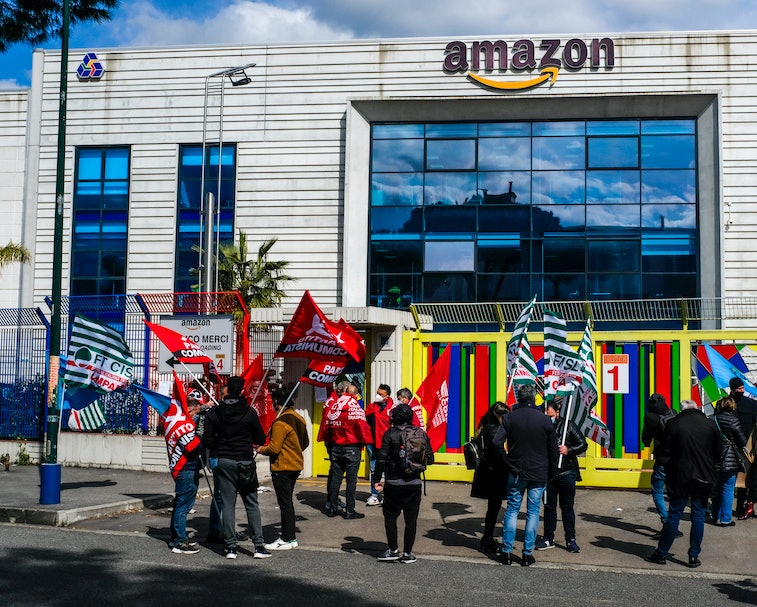 Amazon’s official Twitter presence reached entirely new levels of chaos last week as the company’s @AmazonNews account turned combative against prominent Democratic politicians. The account’s sudden turn toward the offensive left many on social media scratching their heads — it isn’t like Amazon to be so brash in its Twitter presence.

The uncharacteristically brash tweets have most likely been in direct response to mandates from top executives at Amazon, including CEO Jeff Bezos himself, according to employees that spoke to Vox. The snark is also likely related to ongoing unionization efforts in Bessemer, Alabama.

In the last few weeks, Bezos has “expressed dissatisfaction” with the company’s generally laissez-faire attitude toward public criticism, according to Vox’s report. He wanted the company to be more aggressive in pushing back against this criticism, especially when he or other execs thought it misleading.

The strange tweets were successful in pulling some media attention away from unionization efforts in Bessemer. But for many following along — and for internal employees — the tactic left more of a sour aftertaste than anything else.

Internal confusion — As a casual onlooker, Amazon’s sudden shift in PR strategy was perplexing, to say the least. It turns out the company’s employees felt this confusion, too. According to a screenshot viewed by Vox, an Amazon security engineer filed a ticket in Amazon’s internal system entitled “Suspicious activity on @amazonnews Twitter account.”

The ticket noted that the tweets were posted via Twitter’s web app rather than through Sprinklr, the social media management software Amazon typically uses. The engineer worried that this, coupled with the tweets’ “unnecessarily antagonistic” tone, might mean the account had been compromised.

Over the past two days, there have been two threads by @amazonnews in response to comments made by US Government officials that have received considerable attention. The tweets in question do not match the usual content posted by this account.

The support ticket was closed without any further action.

All eyes on Bessemer — Right now, Amazon is in the middle of the company’s largest-ever union election in Bessemer, Alabama. It’s difficult to overstate how important this election could prove: if a majority of warehouse workers in Bessemer vote to unionize, that sentiment could quickly spread to other facilities. This would give Amazon’s many workers much more power than they’ve ever had, forcing the company to completely change its management.

Amazon has been working for months on using underhanded techniques to fight the unionization, like sending out “Vote No” pamphlets to potential union members and even using spying software to watch for future unionization whispers. So we’re not at all surprised by an attempt by Amazon to use social media as a diversion tactic.

Overall, though, the move isn’t a great look for a trillion-dollar company. Maybe it would be better to just let your workers take pee breaks and stop antagonizing politicians on Twitter.