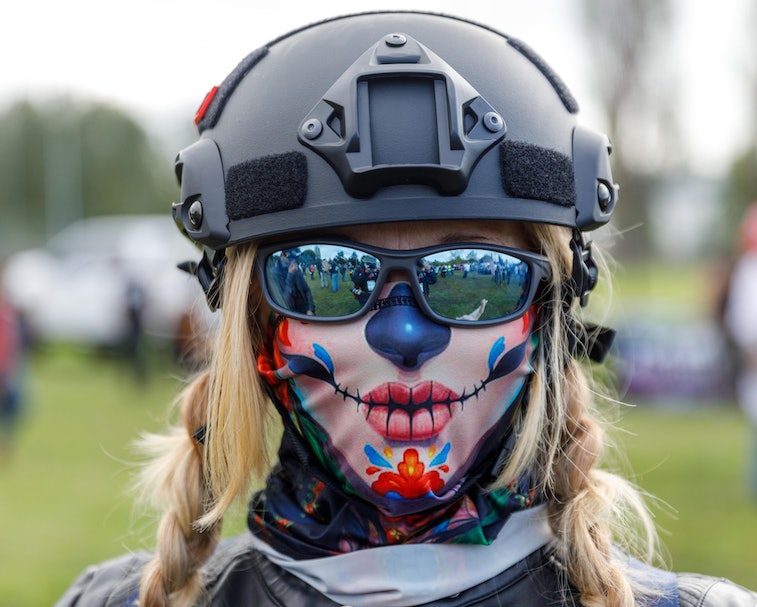 Amazon has removed listings for shirts and other clothing that featured logos for the neo-fascist group the Proud Boys. Some of the clothing referenced the now infamous quote from President Trump during Tuesday's debate where he suggested the group should "stand back and stand by" while refusing to denounce white supremacist groups.

The activist group Sleeping Giants first spotted the Amazon listings, including a shirt that read "Stand back PB stand by."

The now infamous quote — President Trump made the comment when he was asked by the moderator if he was willing to condemn white supremacist groups including the Proud Boys. Instead, the President effectively endorsed the group. Which is little wonder. Not only is the President relying on the white supremacist vote, but he's also consistently demonstrated he's a racist. So, people may gnash their teeth, but really he's right on brand.

Trump's campaign has since come out with statements arguing that he wasn't endorsing the group but rather telling them to stand back during protests and rioting so that police can do their jobs. Despite this, he still hasn't denounced the movement or others like it. He had to walk back those comments on Wednesday, however, saying that he doesn't know who the Proud Boys are and has "always denounced any form" of white supremacy. But that's not the same as saying white supremacists are bad.

Cat and mouse — Amazon confirmed to Business Insider that the related items were removed for policy violations but didn't elaborate. The company bans any products that incite or glorify hatred, so it may have fallen under that rule. The Proud Boys are listed as a hate group by the Southern Poverty Law Center for their misogynistic and anti-Muslim rhetoric. Meanwhile, earlier this week Fred Perry pulled a polo shirt the Proud Boys have adopted as their de facto uniform.

In recent months, Amazon has had to remove e-books published by white supremacists, and products claiming to cure the coronavirus. With such a large platform of independent sellers, Amazon has a tough time policing items on its site. Also, it doesn't really want to. Policing and removing items means fewer sales, which is anathema to Amazon's mission to make Jeff Bezos even more disgustingly wealthy.