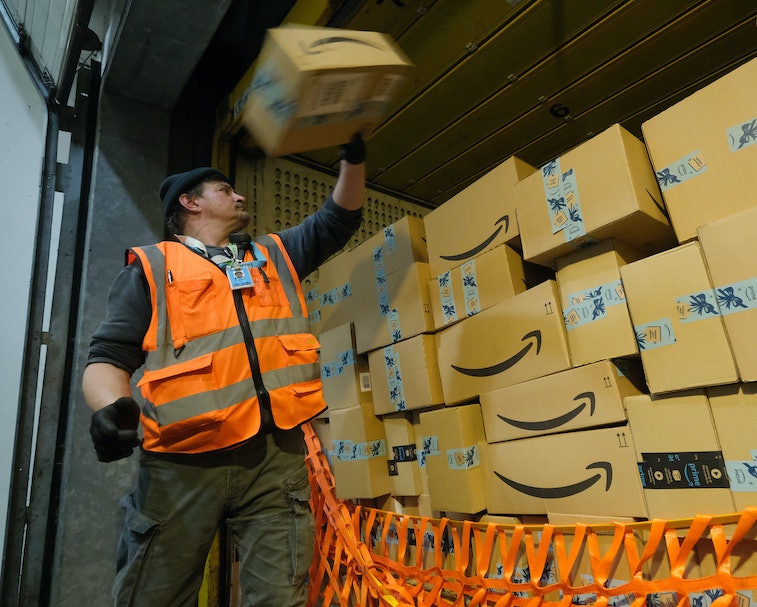 Scams, frauds, and counterfeits plague the Amazon marketplace. It's one of the online retailer's most debilitating, and often complained about, issues, and results in thousands of returns each month, a process that's also been frustrating customers. To combat the problem, Amazon is launching its own Counterfeit Crimes Unit. The unit will include former federal prosecutors, detectives, and data analysts, with the goal of preventing counterfeit goods making it into the marketplace in the first place.

It won't be the first time that Amazon's attempted to get serious about counterfeit problems. In 2019, it spent more than $500 million and had more than 8,000 employees trying to fight fraud, abuse, and counterfeiting. "Amazon’s efforts have blocked over 2.5 million suspected bad actor accounts before they were able to make a single product available for sale and blocked over 6 billion suspected bad listings," the company says. Clearly, though, that's not been enough to stop the problem.

What Amazon says — In a press release, Amazon's vice president of customer trust and partner support, Dharmesh Mehta, said that the company intends to hold wrongdoers to "the maximum extent possible under the law." It won't matter where the bad actors reside, as the company plans to exercise all legal options available globally. Which sounds expensive. But then, Amazon can afford it.

"We are working hard to disrupt and dismantle these criminal networks, and we applaud the law enforcement authorities who are already part of this fight," Mehta added. "We urge governments to give these authorities the investigative tools, funding, and resources they need to bring criminal counterfeiters to justice because criminal enforcement — through prosecution and other disruption measures such as freezing assets — is one of the most effective ways to stop them."

What does this mean? — In simple terms, you can expect to see a lot more happening on the litigation front. Amazon is likely going to pursue lawsuits with more force and it also says that it will work with other brands — though it hasn't identified any specific ones yet — to conduct impartial reviews and help law enforcement authorities around the world battle the issue.

Though, it's not really law enforcement's problem, is it? The problem is that Amazon has traditionally been far more eager to get ever more merchants using its platform than it's been in performing quality control. The Kindle store is a great example. It's notoriously riddled with low-quality copycat titles and poor translations. Meanwhile, fake reviews are also a well-known problem. Perhaps when it's dealt with counterfeit goods it can turn its taskforce on those issues.