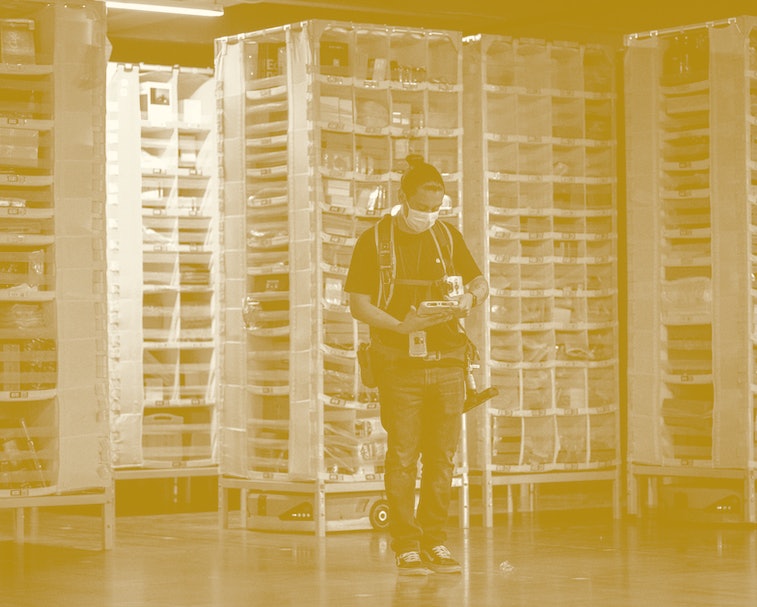 Of all the convoluted worker policies in Amazon’s handbooks, perhaps the most unnecessarily strict is the company’s total cell phone ban. Now Amazon is permanently reversing that ban, allowing warehouse workers to keep their phones on them during shift hours.

“We recognize the desire for employees to keep their mobile phones with them inside facilities, and the last two years have demonstrated that we can safely do so,” an internal notification seen by Motherboard reads.

The long-standing phone ban was actually eased during the pandemic, and Amazon hoped to ramp it up again back in January of this year. That plan was scrapped after a tornado destroyed an Illinois warehouse in December 2021. Six workers died in the collapse; employees demanded they never be required to relinquish their cell phones on the factory floor.

Union pressure — Amazon’s warehouse phone ban has long been the subject of ire from employees. Cutting workers off from all contact with the world outside the warehouse is just generally cruel — what if, for example, a mother needs to be available to take a call from daycare? Or, I don’t know, if they need to make plans around a deadly tornado heading their way?

As Motherboard points out, the Staten Island warehouse did include the permanent suspension of the cell phone ban in its list of demands — which certainly points to the ban’s scrapping as a concession of sorts. Not a life-changing one, for most, but a concession nonetheless.

The fight rages on — Amazon may have let up a bit here, but it’s really the least it could’ve done to support its workers. Allowing warehouse workers to have phones in their pockets won’t improve the day-to-day quality of life at these facilities. Conditions at Amazon warehouses have been reported as so hellish that some shareholders have even petitioned for Amazon’s board of directors to approve an independent audit of the situation.

One minimal concession by no means constitutes a change of heart from Amazon, either. Workers at other Amazon facilities — most notably those in Bessemer, Alabama — are still facing massive pushback from the corporation that signs off on their paychecks. So much so, in fact, that the nascent union has had to file official complaints with the National Labor Relations Board about Amazon’s extensive union-busting tactics.