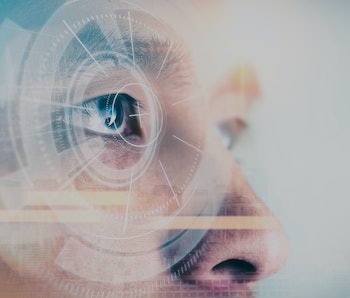 Jo Ann Hardesty, Portland's city council commissioner, has a few words to share about Amazon's ongoing efforts, she says, against Portland's position on facial recognition software, OneZero reports. A proposed facial recognition law in Portland, which was supposed to be voted on in April and now has been moved to June, does not allow state government as well as private businesses to use facial recognition technology on unsuspecting people.

According to OneZero, Amazon has spent at least $12,000 on lobbying against this ordinance. "To be very blunt, they’re concerned about their bottom line," Hardesty told OneZero. "They’re going to lose sales if they are not able to sell equipment that allows them to collect data."

None of this is surprising — In January, Amazon hinted at the prospect of going deeper into facial recognition abilities for its consumer line of products. It assured lawmakers that, despite having access to a treasure trove of "previously tagged information" in video clips, its facial recognition software would be ethically sound. But a cursory glance at Amazon's facial recognition system, Rekognition, shows that the company is far from creating the ideal software. In 2018, for example, the system incorrectly paired 28 Congress members to people imprisoned for various crimes. Amazon responded by noting that its team did not calibrate the system's identification methods.

Working behind the doors — According to the records filed by the Portland City Auditor, Jeff Bezos' company has been in touch with four city council commissioners to discuss its facial recognition abilities. According to OneZero and Hardesty, Amazon is seeking to water down the strong prohibitions laid out in the proposed legislation. Loopholes, if legalized, could help Amazon continue its commercial and private use of facial recognition technology. So far, however, these commissioners have signaled support for banning the technology, be it state or private use.

What the people of Portland deserve — Much to the relief of Portland's residents, Hardesty does not want them living in a dystopian landscape where they have to fret over their very basic civil liberties. Citing potential risks of violation and misidentification of people, especially people of color, Hardesty says that facial recognition software is far from perfect. "Right now, you can have no confidence in [facial recognition] technology unless you are a white person," she told OneZero.

These concerns should not plague everyday individuals. "One worry we can take off people’s minds is," Hardesty told OneZero, "when they go about their day-to-day activities, whether people are collecting data on them and then selling it for purposes that they have no control over." Not a bad point, at all.