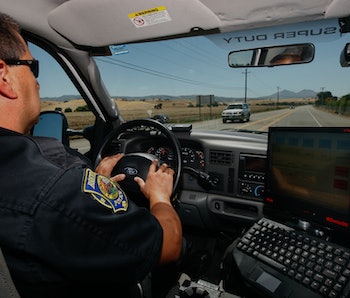 Amazon-owned Ring has been providing video footage to law enforcement without obtaining proper warrants or user consent, despite making explicit promises not to do so in the recent past. Amazon has admitted to turning over user footage in 11 “emergency” situations this year; it revealed this information only when asked by Sen. Ed Markey (D-Mass.).

Sen. Markey recently wrote to Amazon asking for clarification on its police policies. In response, Brian Huseman, Amazon’s VP of public policy, said Amazon reserves the right to hand over footage in “cases involving imminent danger of death or serious physical injury to any person.” The Intercept notes that Amazon declined to detail what criteria are used to make this decision, instead saying Ring makes a “good-faith determination.”

Ring has long defended its police cooperation by reminding watchdogs and the general public that camera recordings can only be accessed when law enforcement has secured either a legal warrant or express user consent. And yet here we are.

Emergencies only — Amazon has crafted a neat little loophole for itself here, crossing its fingers behind its proverbial back as it promises to be better. By refusing to detail what, exactly, constitutes an “emergency,” Amazon essentially leaves itself room to hand over video footage for, well, just about any situation where cops make it seem dire enough.

Sen. Markey’s letter attempted to put this workaround to rest in his letter by asking Amazon to agree to some policy changes. He proposed making the following changes permanent:

Surprise, surprise: Ring did not commit to any of those changes. Huseman cites an audit completed by the NYU School of Law’s Policing Project, which found that Ring’s police cooperation does not contribute to the “over-policing of low-level offenses.” This does not explain why Ring continues to provide recordings to law enforcement without proper warrants.

Turn on your end-to-end encryption — As Amazon seems committed to keeping Ring open for police use, we would definitely recommend turning on end-to-end encryption. This feature essentially renders your camera footage inaccessible for anyone other than the Ring account holder. (Sen. Markey asked Ring to turn this feature on by default; Ring declined.)

The good news is most Ring devices do support end-to-end encryption now. The option can be turned on through the Ring app.