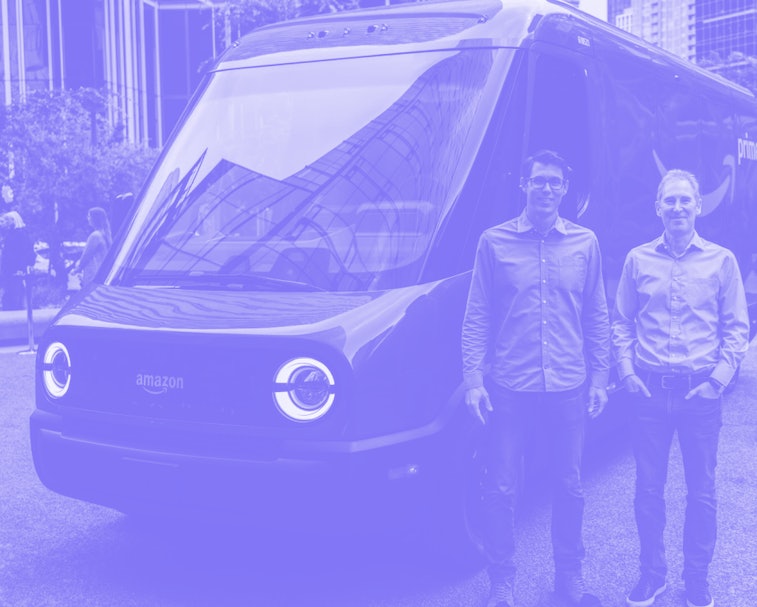 Amazon’s budding fleet of electric vans will soon begin making deliveries in nine more cities across the United States, with a total of 100 cities expected to be served by the end of the year. The all-electric vans, which were custom-designed by Rivian, have been in testing since early 2021.

Beginning this month, Amazon will complete deliveries using the Rivian vans in Baltimore, Chicago, Dallas, Kansas City, Nashville, Tennessee, Phoenix, San Diego, Seattle, and St. Louis. Amazon’s plans for the vans are extensive — the company plans on using them for deliveries in 100,000 cities across the U.S. by 2030.

In a statement, Amazon CEO Andy Jassy made sure to mention that the custom vans have been built with drivers in mind, both in terms of comfort and overall safety. It’s unclear whether or not the ludicrous delivery quotas will still be imposed on drivers of the new vans. (We’d guess the answer is yes.)

Rivian all the way — The vans themselves are quite nice, thanks to Rivian’s custom design skills. We’ve been consistently impressed by Rivian’s other vehicles, after all. This partnership is a huge deal for Rivian, giving the company just the boost it needs to be a serious Tesla competitor.

The vans are top-of-the-line not just in their all-electric engines but also in their features, which include traffic assist technology, adaptive cruise control, automatic emergency braking, and collision warnings. The doors automatically lock and unlock for drivers, and the bulkhead door automatically opens when the driver has reached a delivery destination. Because it’s been built specifically for Amazon, Rivian has also been able to integrate Amazon’s proprietary delivery software right into the van itself, including access to routing and navigation.

Drones, too — Amazon’s Prime delivery drones will also be spotted in new areas soon. The company’s MK27-2 drones, which have until now only been making deliveries in Lockeford, California, are taking to the air in College Station, Texas, too.

Amazon’s drones — which will be used to complete deliveries over short distances — are far behind the pace Amazon has set with its all-electric vans. The drone’s design is constantly being updated to maintain stability and avoid collisions.

We’re rooting for you, actually — While the vast majority of Amazon’s business is worthy of criticism, we’re happy to actually be on the company’s side for once. One of the worst side effects of Amazon’s rise to power is its carbon footprint; any program that can severely reduce its carbon output is good in our book. We’re still left wondering whether or not the new vans include mandatory surveillance equipment, though...