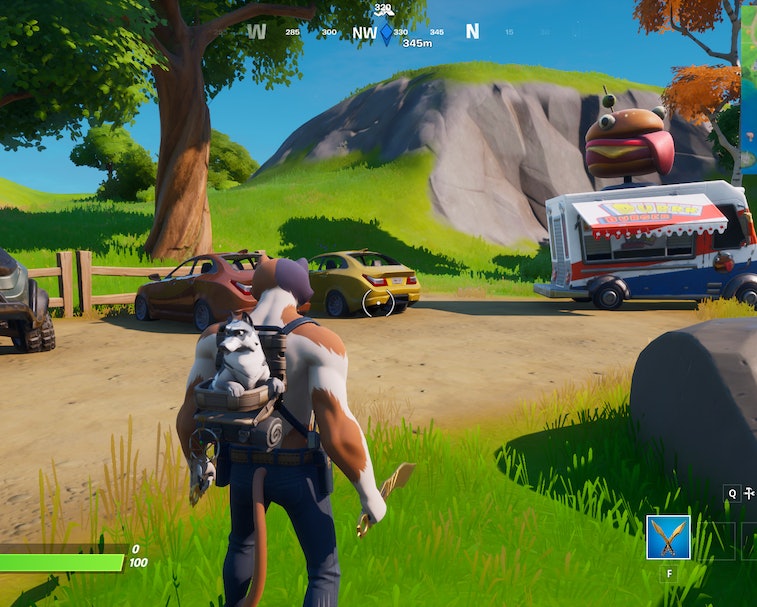 Fortnite has in one fell swoop completed a massive project with an ever-increasing movement behind it: abolishing the police. Players of the game noted late last week that with the release of the game’s Chapter 2, Season 3 came the removal of all the police vehicles in the game.

The game’s creator, Epic Games, has not made any comment about the removal. It’s unclear whether or not the vehicles’ mysterious disappearance relates to the ongoing Black Lives Matter and police abolition movements — but we would wager some money on that being the case.

One person familiar with the game’s development did confirm to The Wall Street Journal that the cars’ disappearance is at the very least related to current events. “I wouldn’t say it’s a political statement,” the person said. “I think it’s just us being sensitive about the issues many people in our audience are dealing with.”

This kind of action doesn’t exactly better the lives of those affected by police violence or further the movements aiming to defund police forces across the U.S. But Fortnite’s world is an extremely popular one, and it’s meant in many ways to reflect our own. Removing cop cars, even from a fictional world, is a small step in the right direction.

An ideal opportunity — As Kotaku reports, Fortnite’s latest update made a major change to the game’s map by submerging much of it in water. That’s removed much of the need for vehicles other than boats (and sharks) in the majority of the game.

What better time is there to get rid of cop cars than when you’ve thrown most of the game’s vehicles underwater? Police vehicles aren’t even showing up in the game’s Creative mode anymore. Actual gameplay won’t be affected by this change at all, unless you count a coat of car paint as pivotal to your gaming experience.

What players say — Overall it seems players are happy (or at the very least neutral) about the change. The most pushback on r/FortNiteBR seems to be from players interested in using police vehicles as the main part of their creations. Or interested in them as aesthetic objects.

Okay, well, some commenters did launch into tirades about why they don’t agree with movements to defund the police. But this is Reddit, after all.

Epic Games isn’t exactly taking concrete action to improve the lives of those affected by police violence. But hey, any world without cop cars following us around is a better one, so we’ll take it.