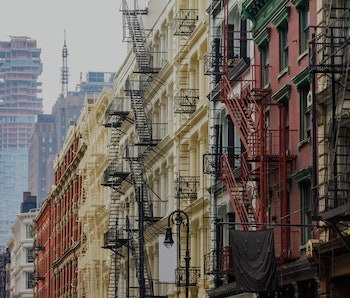 Airbnb has settled a longstanding lawsuit against New York City, according to The New York Daily News. As a result, the city will update its short-term rental law, the San Francisco startup will only hand over some of its host data, and more units should be available for long-term renters. This means tons of work for the city to crack down on de facto hotels, Airbnb will lose countless rentals, and as they hit the market, their rents are already out of locals' grasp.

The settlement — Bloomberg reports that in 2018, the New York City Council established a law requiring monthly, detailed reports of short-term rental listings in the city. When Airbnb (and Expedia’s HomeAway) sued over privacy concerns, the judge filed an injunction in its favor citing the broad language of the law.

Under the new agreement, reports are now quarterly and only apply to listings offering the entire home or allowing more than three guests to stay at the same time. Listings for less than five nights per quarter and those the city qualifies as hospitality locations are also exempt, according to The Wall Street Journal. The updated restrictions are meant to go after hosts who create hotels behind the shield of short-term rental platforms like Airbnb, but it’s unclear how enforcement might be reimagined as nationwide protests call for the abolition of the police.

"Illegal hotel operators who flout the law at the expense of working New Yorkers have no place in our neighborhoods," said Mayor Bill de Blasio in a statement. "Finally, we'll have the critical information we need to preserve affordable housing and keep our communities protected."

A small victory for Airbnb — Airbnb doesn’t risk losing all of its listings by complying with the law. In addition to putting an IPO back on the horizon, this agreement also puts the financially embattled company in a decent position as reservations surge.

"As we look toward the recovery of New York's tourism economy, we hope this settlement will represent a continuing relationship and the first step on a path forward for our community citywide," Airbnb’s Senior Vice President for Global Public Policy and Communications Christopher Lehane said in a statement.

The far-reaching effects — It is still illegal to rent an apartment in a building with three or more units for less than 30 days in New York City. Enforcement, however, is largely passive and complaint-based based on the voluminous, estimated 35,000 short-term rentals. Now, local officials will be able to pinpoint the law’s biggest offenders while those offering room-shares and private rooms (often what locals resort to in order to afford the skyrocketing rents and Airbnb’s literal founding story) remain anonymous.

Local tenants have little to rejoice beyond this minor protection, especially considering many commercial hosts fly under the radar with private-room listings. Though the updated law will greatly diminish the market-altering effect of these de facto hotels, the rent is already, well, too damn high. This kind of law only works in the favor of New Yorkers if these soon-to-be-available units are affordable and rents are stabilized. Otherwise, the only options are further gentrification or empty units.