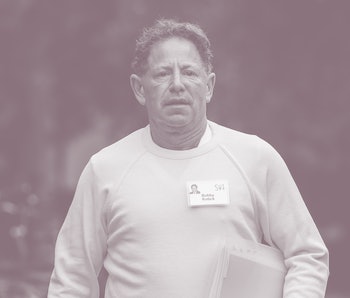 Activision Blizzard employees agreed to stage a walkout today, November 16, demanding that CEO Bobby Kotick retire and that a third-party team investigate the company. The ABK Workers Alliance tweeted out a message about the walkout to its Twitter account a little after 1 p.m. ET today.

Employees announced the protest action just hours after the publication of a damning Wall Street Journal article contending that Kotick knew of sexual assault allegations at the company long before they were reported officially. In some cases, Kotick even fought to keep accused employees in positions of power.

Kotick shared a video message with the entire company after the article’s publication. In the message, he calls the WSJ’s allegations “inaccurate and misleading.” He also reiterates that the company is moving forward with a zero-tolerance policy for inappropriate behavior. “Any reprehensible content is simply unacceptable,” he says.

Employees believe that zero-tolerance policy should be turned back around toward Kotick himself. Here’s how you can help show your support.

Raise awareness — A walkout is meant as an illustration of support for overwhelming internal issues. In many cases, the best thing the public can do is show that we, too, are in support of the employees staging the walkout.

We are lucky, in 2021, to have methods by which it is very easy to display this support. One of the simplest is to use your social media presence. Retweet the ABK Workers’ Alliance. Do the same for other employees you see voicing their concerns, whether on Twitter, Instagram, or Facebook. The goal is to use your platform — no matter its size — to raise awareness of the strife at Activision Blizzard.

Consider withdrawing support — One of the most pressing questions in situations of protest is whether or not the rest of us should discontinue our financial support for the company. In the case of Activision, that would mean not purchasing games or in-game currency until employees’ concerns have been addressed.

There’s no perfect answer as to whether or not boycotting products is the best course of action. Proponents say it’s good to hurt the company’s bottom line; others warn that doing so could lead the company to downsize if its sales decrease enough.

One solution in Activision’s case is to cease playing the company’s games you’ve already purchased. Engagement numbers are very important to a gaming company’s overall success. Low player counts reflect poorly on Kotick, if nothing else.

Bobby’s bad year — Activision’s long history of internal issues came to a head this summer when the California Department of Fair Employment and Housing sued the company over extensive sexual harassment reports, amongst other truly deplorable allegations. The company’s response: denial, promises it would take steps to improve, and the president’s resignation.

This WSJ piece alleges that the rot started right at the top. According to the article, Kotick repeatedly ignored employee calls for action against sexual harassers; he mistreated women in the company himself; he allowed and encouraged a harmful working culture. His response, as always, is denial.

The employees walking out of work today hope their action will force Activision’s board to send Kotick packing. If the company chooses not to listen to those employees, we may see a more permanent mass migration from the company.