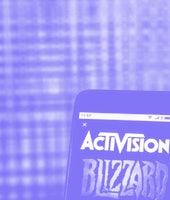 The Institute on Taxation and Economic Policy (ITEP) released a report on Monday about the 379 profitable Fortune 500 companies. The report revealed a collective average tax rate of 11.3 percent in 2018, well under the 21 percent they’re supposed to pay.

Ninety-one companies did not pay any taxes, including major game developer Activision Blizzard, which held a -54.4 percent tax rate. A negative tax rate indicates a refund, in this case of $243 million. Blizzard has been embroiled in controversy for the past year, including massive layoffs, while still remaining significantly profitable.

This data was collected to assess tax avoidance under the new Tax Cuts and Jobs Act (2018) that brought the corporate rate down from 35 to 21 percent. Evidently, that tax cut wasn’t enough. The collective tax rate of 11.3 percent is the lowest ITEP has ever reported since it began releasing these studies in 1984.

It was the best of times, it was the worst of times — Blizzard has made money hand over fist for the past couple of years, but its business practices have affected its image. In 2018, it made a record $7.26 billion in revenue before laying off 800 members of its staff this February. The company claimed that certain targets weren’t met and that it needed to refocus on more profitable areas, but still managed to increase dividends for shareholders.

This report comes on the heels of Blizzard’s recent debacle when it banned a pro-Hong Kong eSports gamer on flimsy pretenses. The company eventually walked the punishment back with a suspension, returned prize money, and even issued a tepid apology.

The bad press hasn’t affected Blizzard financially. Call of Duty: Modern Warfare brought in $600 million in the first three days of its release in late October. It probably won’t pay taxes on any of that revenue either.