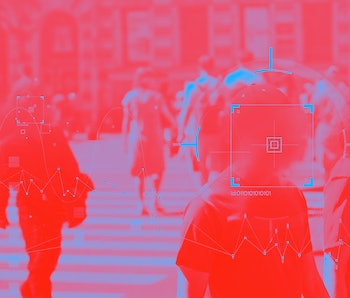 Only days after Portland, Maine joined the growing number of American cities curbing law enforcement's use of facial recognition technology, a collective of digital rights organizations has launched a new campaign across Europe to enact similar legislation protecting citizens' data privacy. "Reclaim Your Face" is the product of thirteen groups' work aiming to ban biometric mass surveillance in European countries as a means to safeguard human rights.

While currently in its infancy, Reclaim Your Face hopes to build collective momentum to pressure various governments to enact stringent policies similar to those becoming popular here in the states, and specifically advocates, "public spaces where everyone can express themselves freely and without fear... Cities where politicians don't hide behind words that are difficult to understand, or behind contracts with private companies...[and] Countries where governments are accountable to their people."

Government petitions are already open — Reclaim Your Face currently offers five active petitions for the countries of Serbia, Italy, Czechia, Greece, and the Netherlands, each focusing on specific instances of biometric surveillance in their respective nations.

"In Italy, the use of biometric and facial recognition technologies is already widespread on two different levels: at the national one and at municipal one," reads the Italian petition's summary, which demands "the Ministry of the Interior to publish all the evaluations of the algorithms used, the usage statistics of the system, and all the data related to the type of faces in the database used by [biometric surveillance]," as well as suspending "any facial/biometric recognition project already started and prohibit the introduction of such technologies in the public spaces."

Building momentum, and facing pushback — Groups like Reclaim Your Face are vital to building public support for increased data privacy rights, but it's already clear these movements will face uphill battles. Despite successes in cities like Portland and San Francisco, companies like (surprise surprise) Amazon have voiced their defense of such technologies, and law enforcement agencies like (surprise surprise...again) the LAPD continue to employ them even while outright denying the fact. In the meantime, however, that hasn't stopped advocates from turning the technology on its head, like activists using the very same biometric tech against its biggest supporters