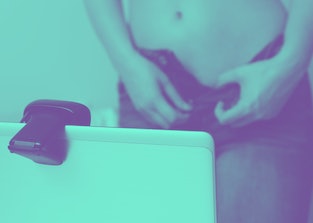 Security researchers with vpnMentor have found a massive and potentially dangerous data breach affecting adult entertainment network PussyCash and its many affiliate websites. In specific, vpnMentor reports that the highly sensitive and private data of at least 4,000 models has gone public. More than 875,000 files were compromised in total.

Personal data gone public — The compromised files contained extremely private information regarding cam models, such as their full legal names, birth dates, place of birth, citizenship status, nationality, their passport numbers, when their passports were issued and when they will expire, their personal signatures, their parents' legal names, as well as the documentation of their fingerprints.

Extremely dangerous repercussions — As such, vpnMentor notes that the data leak could ruin the lives of cam models by exposing them to identity theft, scams, extortion attempts, financial blackmail, stalking, unemployment, strangers' judgment, homophobia, and depending on where they are, legal consequences.

So far, PussyCash has not responded to vpnMentor's troubling report. This kind of lack of response is bound to worry workers and onlookers. In the meantime, though, researchers on vpnMentor's team implore that people, including those running PussyCash, take basic but critical security measures.

For starters, they advise you to secure your servers. Additionally, make sure you've implemented absolutely strict access rules. And finally, never ever expose an unauthenticated system to the internet. That's a recipe for disaster.