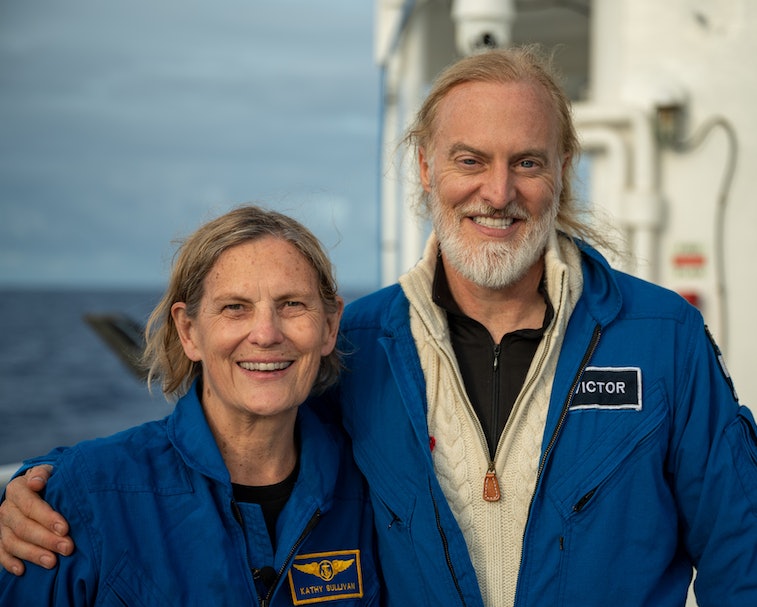 Dr. Kathy Sullvian, a former NASA astronaut, has hit a historic low — an 11,000-meter low, to be precise. Sullivan, along with deep-sea explorer Victor Vescovo, reached the bottom of Challenger Deep in the Mariana Trench on Sunday, a point almost 6.9 miles below the surface of the Pacific Ocean.

The completion of this mission makes Sullivan the first woman to reach the bottom of Challenger Deep and the first human to have been both in space and at full ocean depth. She also made history as the first American woman to walk in space in 1983.

As federal funding for scientific exploration continues to decrease, we’re seeing an uptick in private companies taking matters into their own hands. And it’s working.

Repeatable trips — A trip of this kind can’t be made in just any old submarine; at the bottom of the ocean, pressure hits about 2,200 tonnes, which is way more than your average sub can handle.

The mission utilized a hyper-specialized submarine known as the Limiting Factor, one of the only vehicles ever created that’s capable of diving to such depths multiple times. According to the creator’s website, neither of the other two submersible vehicles to make the trip have been able to reach full ocean depth more than once.

Money = science — The deep-sea expedition was carried out as part of the Ring of Fire expedition, organized by Vescovo’s exploration company Caladan Oceanic. Vescovo’s and other private companies funded the mission in its entirety.

We often take for granted the logistics behind scientific exploration, especially in vastly uncharted areas like space and the deep sea. But all the advanced technology needed for these missions is expensive — like really, really expensive. When the government isn’t willing to back a project, it falls on private companies to raise enough funds to complete it.

We’re now seeing huge payoffs from that monetary commitment. Last weekend, Elon Musk’s SpaceX sent its first humans into space. We’ve watched humans launched into the sky and down to the bottom of the ocean in the span of a few days — all funded by private enterprise. Appropriately, Sullivan had a call with the ISS's new arrivals about their respective reusable exploratory craft.

“As a hybrid oceanographer and astronaut this was an extraordinary day, a once in a lifetime day, seeing the moonscape of the Challenger Deep and then comparing notes with my colleagues on the ISS about our remarkable reusable inner-space outer-spacecraft,” Sullivan says.

Deep-sea mysteries — The bottom of the ocean is a truly terrifying place. Something like eighty percent of the ocean is completely unmapped — which means no one really who what sort of bizarre creatures might be waiting down there. Perhaps we’ll soon have a better idea if, as hoped, the recent successes of both SpaceX and Caladan Oceanic renew interest in the private funding of large-scale science projects.