Microsoft could release Windows 12 as early as 2024 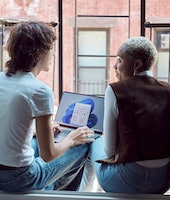 When we could see a Windows 12 release.

Most of us are still on Windows 10 since the latest Windows 11 only came out less than a year ago. Yet, we could already be getting Windows 12 as early as 2024, according to a report that says Microsoft is going back to a schedule of releasing a new OS every three years.

The report comes from Windows Central’s Zac Bowden and says that the next Windows OS release is scheduled for 2024, since it would be three years after Windows 11 came out in 2021. Bowden’s sources didn’t refer to the next version of Windows by name, so there is a slight possibility that the Windows OS release in 2024 might not be called Windows 12.

More moments — Along with the shift to a three-year release cycle, Bowden says that Microsoft is also switching to having new features drop every few months. Microsoft is reportedly going with a “Moments” style of releasing updates where it will roll out a batch of new features with each version. Previously, Microsoft would do one big yearly feature update, so this would mean more features spread throughout the year.

It’s not a bad idea since it could allow users to get used to smaller batches of updates instead of having a ton of new features pushed out at once. Windows Central points out that Microsoft has already been doing this when it rolled out a bundle of updates in February. The flip side is that this schedule could result in update fatigue where users feel like the new features are coming way too often.

Fulfilling the prophecy — As the possibility of Windows 12 looms, we’re wondering if the pattern of every other Windows OS being good will stick. If you’re not aware, Microsoft’s history of Windows releases has followed a pattern of ups and downs.

Consider that Windows XP was a favorite for many users, only to be followed by Windows Vista with its annoying security features. Again, people loved Windows 7, only to be disappointed by Windows 8. Microsoft seems to have broken the pattern with Windows 10 and 11, although there was a little scare that Microsoft would be including ads in File Explorer, which would have been catastrophic if it had gone through with the idea.

Memes aside, we’re hoping Microsoft will continue offering solid Windows OSs. Of course, Microsoft hasn’t confirmed anything yet about this schedule change and there’s no stopping the company from switching it up once again down the line. After all, Windows 10 was supposed to be the last version of Windows.