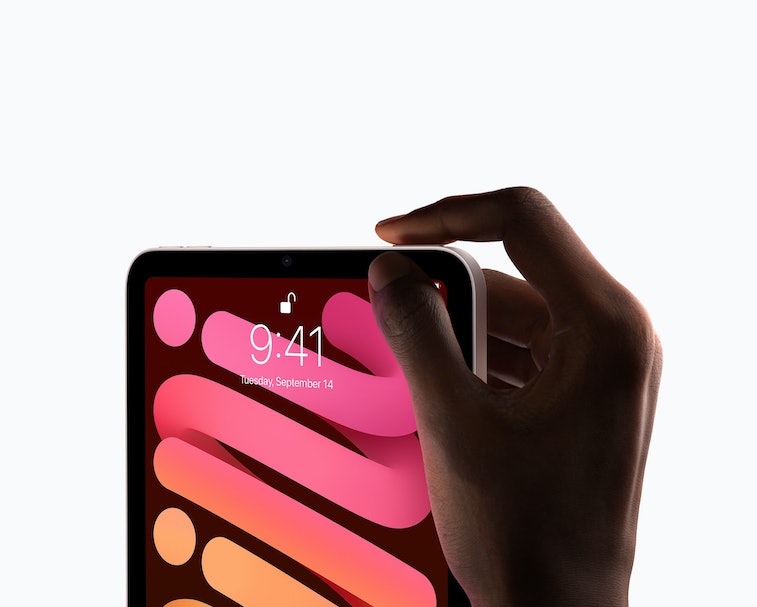 Last month, at its “California Streaming” event, Apple finally announced a redesigned sixth-generation iPad mini aka iPad mini 6 (among products like the iPhone 13 and Apple Watch Series 7) that’s a cross between an iPad Pro and the iPad Air 4.

It has the largest screen of any iPad mini and comes in a bunch of fun colors and has Touch ID. Everyone seems to love it. Except, it also appears to have two major display problems.

Scrolling around — Issues with the iPad mini 6’s screen surfaced soon after the tablet got into the hands of reviewers and customers. The iPad mini 6 seems to suffer from an issue known as “jelly scrolling,” which makes the screen look like jello due to a delay in refresh rate between different parts of the screen. The issue was first brought to attention by The Verge’s Dieter Bohn.

Apple seems unbothered with the issue, telling Ars Technica that the jelly scrolling is normal behavior due to a brief delay between refreshing the top and bottom sections of the display. If the jelly scrolling bothers you, your only course of action is to return your iPad mini 6 since Apple doesn’t see it as a defect.

It’s a disappointing response since the iPad mini 6 is overall impressive. The jelly scrolling undercuts the new design and features. Though the reported 60Hz refresh rate isn’t as impressive as 120Hz ProMotion on the iPad Pros, other devices with similar refresh rates don’t seem to suffer from the same problem.

Another display issue — If weird refresh rate issues weren’t enough, there are now reports of another iPad mini 6 display issue. This time, it doesn’t appear the problem affects many users, but it’s still concerning. Via MacRumors, Reddit user “u/Aromatic-Coat5459” has shared a video clip where specific sections of an iPad mini 6 display flickers when pressed “lightly” in portrait orientation. Other users on Reddit are reporting similar problems with their new iPad mini 6 tablets, but MacRumors could not replicate it in their testing.

As pointed out in the article, exerting enough pressure on most modern screens can cause a similar effect, questioning the veracity of the issue. However, the user specifically wrote that you only need to “push very lightly” to recreate the effect. He also mentioned that it’s not discoloration caused by “pushing to [sic] hard.” According to the post, the problem could be due to clearance issues caused by protruding ribbon cables or other components under the display.

While it doesn’t appear to be a widespread issue at this moment, the Reddit user’s replacement iPad mini 6 had the same problem, though much worse. When recreating the issue with a Genius at their local Apple store, other iPad mini 6 devices experienced the same problem. It got so bad the Genius reportedly said “he wouldn’t be surprised” if there was a recall.

Input couldn’t replicate this particular screen issue on an iPad mini 6 purchased from Apple. If the issue is more widespread, Apple may quietly introduce a replacement program later (as it usually does whenever these issues crop up).

Quality control — We often forget that manufacturing at scale is not easy. It’s impossible to get perfect yields when you’re producing hundreds of millions of units of a new product; some lemons are bound to slip into a production batch. It’s even tougher during a pandemic where supply chain managers are either not on the ground at factories due to travel restrictions or lax on quality assurance. The challenges plaguing the global supply chain mean quality control isn’t as strict as it should be.

With the screen distortion issue just surfacing this week, it’s hard to know whether it’s anything to be concerned about. However, two display problems mere weeks after launch aren’t good optics for Apple.